Ken Fisher: Be Bullish on China Stocks — But Not Because of MSCI 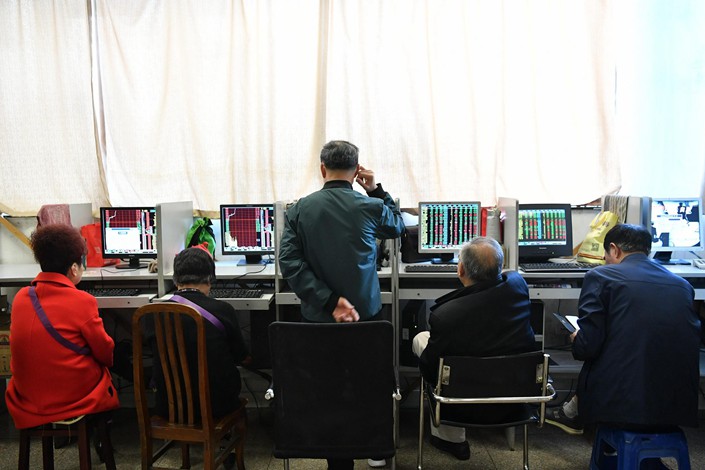 As investors pore over the economic reforms announced at this year’s National People’s Congress, many analysts anticipate a rush of foreign capital into A-shares. Not just because of policymakers’ plans to keep supporting private-sector lending, a big economic positive. Rather, global index provider MSCI announced it will increase A-shares’ presence in its widely followed Emerging Markets and global indexes. Many presume this will spur international fund managers to increase A-share exposure. It could very well do so. But don’t expect this to be a huge driver of future returns. While there are many reasons to be bullish on Chinese stocks, markets have likely already pre-priced in MSCI’s plans.

MSCI’s A-shares boost, while welcome, is mostly symbolic. It is international recognition of everything the People’s Bank of China (PBOC), China Securities Regulatory Commission (CSRC) and other agencies have done to open China’s financial markets. Efforts taken in recent years to improve foreign investors’ access to mainland stocks and allow local markets to move more freely have borne fruit. Western investors have embraced China’s tech and consumer giants. MSCI adds countries to its indexes only when they hit certain milestones for reform and global access. Upping its mainland coverage from 5% of A-shares to 20%, and finally including stocks listed on the ChiNext, is high praise for Chinese reforms.

Western analysts estimate MSCI’s decision could bring tens of billions of dollars of international capital into mainland stocks this year, as China’s weighting in the widely followed MSCI Emerging Markets Index (MSCI EM) will more than quadruple, from 0.7% to 3.3%, by November. This is entirely possible. But stock markets, in China and globally, move before widely expected events. Foreign capital may flood in later this year. But it is highly likely other investors have already front-run the shifts and later on-sell to international fund managers at a premium.

MSCI first telegraphed its move late in September. Numerous recent reports show investors bidding up A-shares they expected to be tapped for inclusion. MSCI announced it was considering adding more mid- and large-cap A-shares and including ChiNext stocks for the first time on September 25. Since then, the ChiNext is up 22.8% as of March 12. The main Shenzhen Index, home to many of the targeted companies, is up 18.0%. Stodgier Shanghai is up just 10.0%. Mainland up-and-comers have outshined peers for months.

We’ve seen this movie before. MSCI first included A-shares in its global indexes on June 1, 2018. But that move was announced on June 20, 2017, giving investors nearly a year to front-run it. Emerging markets stocks overall entered a bear market in late January 2018, muddying the waters somewhat. But after outperforming the MSCI EM Index for the first few months after the announcement, the Shanghai and Shenzhen indexes underperformed. Their lag got bigger after A-shares officially joined the MSCI EM. Inclusion didn’t promote big returns.

This is typical for countries that get an MSCI upgrade. Countries often outperform in the run-up to inclusion, then disappoint soon after the change takes effect. In 2009, MSCI tapped Israel, for an upgrade from emerging to developed market status the following year. Between the June 17, 2009, announcement and actual implementation Israel led MSCI’s All Country World Index (emerging plus developed) before the inclusion date and lagged after.

In June 2013, MSCI announced Qatar and the United Arab Emirates would join the MSCI EM the following May. Between the announcement and inclusion, both outperformed their prior home, the MSCI Frontier Emerging Markets Index (MSCI FEM), which includes both emerging market and frontier (a moniker assigned to the least-open markets to investors) stocks. But after they joined, both countries lagged. Pakistan, whose emerging market upgrade was announced in June 2016, trounced the MSCI FEM for the next six months. Ever since inclusion became official in May 2017, it has lagged badly. It’s just normal.

Argentina didn’t even get that long of a honeymoon. On June 20, MSCI announced Argentina would join in May. The next day, the MSCI Argentina jumped 5.2% in USD, while the MSCI FEM index fell slightly. But Argentina has lagged since, not even getting the usual pre-inclusion boost, as investors grappled with reform worries and an IMF bailout.

Perhaps all this sounds like reason to be bearish on Chinese stocks — I’m not. But MSCI inclusion isn’t why Shanghai and Shenzhen stocks should do well this year. It is simply too backward-looking and too widely known to be an important factor and if it’s a factor at all it is a negative.

Instead, I expect Chinese markets overall — A-shares and H-shares — to benefit as global investors’ false and overly hyped fears of trade wars and a Chinese economic hard landing keep fading. Western investors still don’t fully fathom how powerful the volley of Chinese fiscal and monetary stimulus unleashed recently should be. They wrongly expected immediate results. As you’ve witnessed firsthand in recent years, it always takes time for these measures to hit the real Chinese economy and drive noticeable improvement. As that happens over the next several months, Chinese stocks will likely keep on booming.