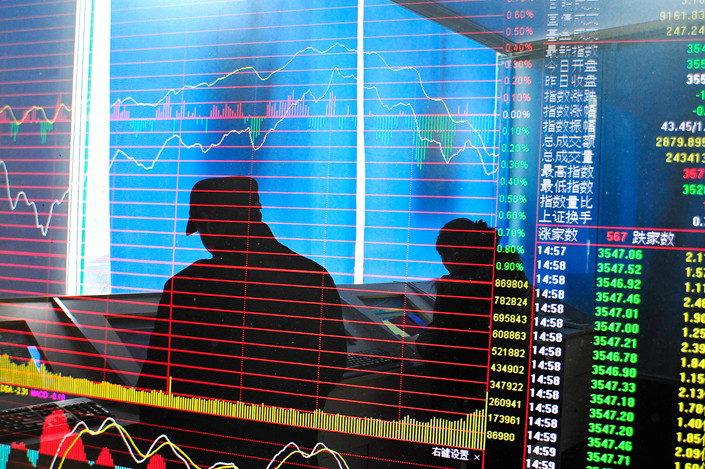 Despite recent comments from U.S. President Donald Trump, American trade talks seem to be progressing. Recent lending and PMI data show Chinese stimulus plans stabilizing China’s economy — and most of Asia with it. From its Jan. 3 low, the CSI 300 is up a whopping 22% this year. By now it would be hoped investors globally would have learned to ignore tweets from President Trump. They haven’t and recent ones on Chinese tariffs created downside volatility. Ignore it. Trump uses tweets to confuse his American political opponents. Watch what he does; otherwise ignore what he says. My Dec. 21 column, specifically explained why tariffs should not be feared.

The warning sign pundits fear? In March, 10-year U.S. Treasury yields fell to 2.45% — below three-month Treasuries’ 2.46%. That may seem insignificant to you. But it means America’s yield curve — a plot of interest rates at varying maturities from one issuer — inverted. Inversion proceeded each of America’s seven post-World War II recessions.

This flipped Western pundits into a tizzy, warning an American recession hitting while China slows and Europe teeters implies global recession. Data from Google — America’s Baidu — show more searches for “U.S. recession” than at any time in the last five years. But recession fears are wrong. To see why, let’s explore how credit markets operate in the West — and analyze that recent inversion.

This also explains why inversions in China’s yield curve don’t predict recessions. Since 2005, when reliable data I reviewed begin, China’s 10-year minus three-month yield curve has inverted three times: 2007, 2014 and 2017. It came close in June 2011, too, with the difference hitting 0.017%. Regardless, none of the three inversions — or 2011’s near-inversion — preceded a Chinese recession or “hard landing” of sharply slower growth. You don’t need me to tell you there haven’t been any in over 20 years. Why doesn’t yield-curve inversion mean much in China? Simple: The government directs lending, using a system of quotas and targets to channel lending to borrowers. It is also why China’s economic stimulus plans, which often employ increased lending, are so repeatedly effective: Capital greases economic growth — globally true.

Even in the West, though, inversion isn’t an automatic sign of danger. It must be deep — and lasting. This one was neither. It was tiny, with three-month yields exceeding 10-year yields by 0.06% at most. There is no material difference between an inversion this shallow and an equivalent positive spread. Banks don’t lend at government yields. These rates — considered default risk-free — are a guideline. When lending to businesses and consumers, banks add a premium for default risk. The premium boosts loan profits — likely why U.S. lending grew last year despite a flattening curve.

Further, this shallow inversion only lasted a week — long rates rose at March’s end, putting them back above short rates. Of course, it could flip back and invert once again. But the U.S. curve has inverted multiple times without a recession or bear market soon following. After September 1998’s inversion, a bear market didn’t hit until March 2000, after U.S. stocks had risen 59.0% (in U.S. dollar terms). Recession didn’t arrive until March 2001. Panicking on inversion would have been a costly mistake. Similarly, America’s curve inverted in January 2006, but U.S. stocks rose 24.8% between then and October 2007’s pre-financial crisis peak. Recession didn’t start until January 2008. Inversion isn’t a timing tool. Imminent recession calls set up a positive surprise from an elephant in the room few see: interest rate arbitrage.

This is happening now. Funding costs throughout the developed world are below America’s. Continental Europe and Japan sport negative short-term yields. Three-month rates in the U.K. aren’t negative, but they are far lower than America’s at just 0.74%. Ditto for Hong Kong, where short-term rates hover around 1.6%. Meanwhile, long-term rates in America are higher than every other developed nation. So banks can borrow for next to nothing in Europe or Japan, lend in America and rake in profits while fueling growth.

The result: No single developed nation’s yield curve means much alone. You must watch the global yield curve. It combines long- and short-term interest rates from around the world, weights them by GDP and smashes them into a single line. Presently, it is upward-sloping. Europe and Japan pull down the short end, while America bumps up long rates.

So I’m not surprised to see lending rising in the U.S. and Europe. Eurozone private sector lending grew 3.2% year-on-year in February, up from January’s 3%. U.S. bank lending rose 5.5% year-on-year in March — its fifth straight increase. That should continue, keeping money supply growth humming across most advanced economies.

Neither economic theory nor recent data support the broadly bearish take on U.S. yield curve inversion. It doesn’t threaten the world or China. But widespread inversion fear does you one big favor: By weighing down sentiment, it keeps Chinese equity markets from getting too frothy. Domestic Chinese markets have a tendency to overshoot and boom in bursts — like early 2015, when the CSI soared 62% between February and June.

Folks get punch drunk on big returns, expecting the good times to roll on and on. This irrational exuberance sets up disappointment later. Some analysts already compare 2019’s big start to 2015, claiming the jump is a bubble soon to burst. Prevalent irrational fears — like a tiny U.S. yield curve inversion exporting problems to China — argue otherwise. They keep expectations low. That means China’s continued stabilization alongside global growth should positively surprise investors, fueling a more gradual and sustained climb for the CSI 300.