In Depth: Private Placements Set for Comeback as Need for Cash Trumps Abuse 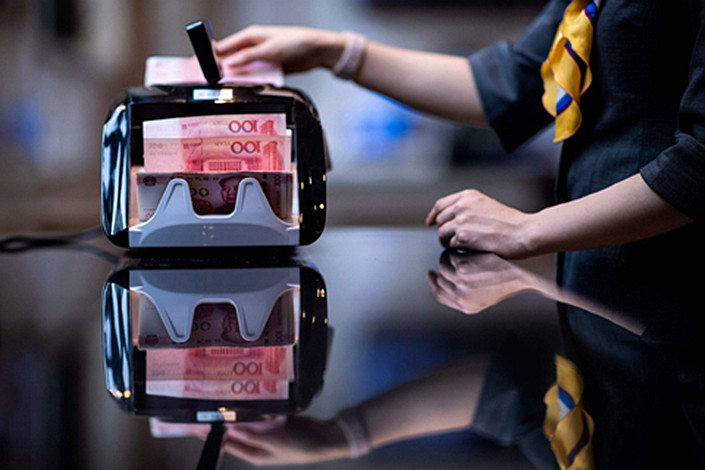 The CSRC is working on amendments to private placement rules that were tightened in February 2017 after evidence emerged of widespread abuse. Photo: VCG

(Beijing) — China’s stock market watchdog plans to roll back controversial curbs on the use of private placements by listed companies, reviving a key financing channel as part of government efforts to help firms overcome funding difficulties without increasing their borrowings, sources close to the regulator have told Caixin.

The China Securities Regulatory Commission (CSRC) is working on amendments to private placement rules that were tightened in February 2017 after evidence emerged of widespread abuse by companies and investors. But policymakers have been forced into a rethink after the changes were criticized by market participants and contributed to a destabilizing cash crunch among listed companies in 2017 and 2018 that fueled a stock market slump.

“The direction (for change) is clear and we will respect the market,” a source close to the commission who declined to be identified, told Caixin.

The first signs of a thaw came in November 2018 when the CSRC announced (link in Chinese) that limits on the use of proceeds from private placements, which it imposed in 2009, were being eased and that listed companies would be able to use all the money they raised for working capital and debt repayment. It also shortened the interval required between private placements to six months from 18 months.

The commission is now tackling other issues including limits on the sale of shares bought via private placements and the mechanism for pricing shares in private offerings. Officials in several departments of the CSRC are mulling possible changes and have been in consultation with the securities industry, sources close to the regulator told Caixin.

Among the proposals are restoring two options for determining the reference date for pricing private placement shares since they were suspended in 2017, and increasing the ceiling on the size of any single issuance to 50% of a company’s total equity capital pre-private placement from the current 20%, which will allow companies to raise more money. Another rule imposed in May 2017, which set an upper limit of 50% on the sale of private-placement shares within 12 months after the lock-up period expires, is also set to be abolished, the sources told Caixin.

In addition, the commission is considering increasing the number of investors who can take part in a private placement to 35, bringing the figure into line with the National Equities Exchange and Quotations, an over-the-counter market for equity trading, the sources said. The number is currently 10 for a company listed on the Shanghai and Shenzhen main boards, and five for a company listed on the ChiNext board.

A private placement involves a listed company selling new shares directly to a small group of investors without giving all existing investors the same opportunity to buy, as they would have in a rights issue. Raising money through increasing equity capital means companies don’t take on additional debt that needs to be repaid.

In China, private placements were included in the revised Securities Law that went into effect in 2006. They became an increasingly popular tool for listed companies to raise money, especially those that had trouble issuing new shares publicly because they fell short of profit and return-on-net-assets requirements, and because it gave management more flexibility in bringing in new investors. The approval process was also relatively fast compared with other forms of public sale such as rights issues and initial public offerings (IPOs).

In 2014, 473 listed companies raised a total of 684 billion yuan through private placements, and issuance peaked in 2016 when 813 companies raked in 1.69 trillion yuan, accounting for nearly 95% of all equity and convertible bonds issued by listed companies on the Chinese mainland that year excluding IPOs, data compiled by Caixin from corporate filings show.

While the boom in private placements in itself wasn’t a bad thing, there was growing evidence that the proceeds were being misused — some companies raised more capital than they really needed and channeled the cash into high-yield wealth management products, speculative investments or overpriced acquisitions. Shares sold through private placements are usually cheaper than the prevailing stock market price to attract investors. But the steep discounts led to concerns of price manipulation and complaints from minority shareholders that investors in private placements were making unreasonably high profits at their expense.

In the face of growing abuse, the CSRC began to slow approvals of private placements in late 2016 and even rejected some applications. It also started to challenge the prices of the shares being placed and the reasons for the fundraising. It prohibited large shareholders of listed firms from buying more stock through private placements using funds from asset management products to prevent companies from underpricing stock to benefit insiders and related parties.

In February 2017, the commission tightened regulations further. It restricted the use of the proceeds from private placements, banning investment in certain financial products and activities. It also removed two of the three options that companies had for choosing a reference date for pricing the shares — the date of the board resolution to carry out the placement and the date shareholders approved the plan — leaving only the date the shares were sold to investors. In addition, it imposed a mandatory interval of 18 months between placements and placed a cap on the size of any single private placement at 20% of a company’s total equity capital pre-private placement.

More limits were added in May 2017 that imposed a limit of 50% on the amount of private-placement shares investors could sell within 12 months after the lock-up period expired, effectively forcing them to hold half of these shares for an additional year.

The new rules led many listed companies to scrap their private placement plans and turn to convertible bonds, preferred stock or bank loans for their financing needs. Issuance of privately placed shares slumped in 2018, with only 267 companies raising a total of 752 billion yuan.

The 2017 changes, while well-intentioned, had unintended consequences. They were introduced just as the government was implementing a sweeping crackdown on shadow banking closely followed by a campaign to clean up the asset management industry. These policies led to a severe liquidity squeeze in the financial markets. That in turn made it more difficult for thousands of cash-strapped companies, including listed firms and their controlling shareholders, to raise money to roll over their debts, fund working capital or finance expansion.

But with increasing government focus on supporting economic growth, helping businesses get access to funding and pushing ahead with market reforms, the CSRC is now looking again at private placements as they allow companies to use equity financing to raise money rather than taking on more debt.

However, the key issue of pricing has yet to be addressed. Until it is, luring investors back into private placements may be an uphill task.

Under regulations in place since 2006, the offer price of a listed company’s private-placement shares cannot be lower than 90% of the average price on the secondary market for the 20 trading days before the reference date.

The original system was a boon for investors when the stock market was rising. They would be assured of making money if the shares rose significantly between the date the price was set and the end of the subsequent lock-up period. But small shareholders lost out and often accused companies and their investors of colluding to push the share price up so they could increase their profits.

However, following the 2017 changes, investors in private placements have been left with one option — a 10% discount to the average price in the secondary market in the 20 days before the day of issuance, giving them little incentive to take part in the placement, especially when considering the risks of being unable to sell the shares for up to five years, if one counts the more than six months it often takes to obtain CSRC approval.

In mature capital markets, the price of shares in private placements is decided by the market, so there’s no need for regulatory approval and no widely applied mandatory lock-up period, he said. “It’s unfair to emphasize a market-based price mechanism while ignoring the lengthy approval process and strict restrictions on the sale of shares bought in a private placement,” he said.