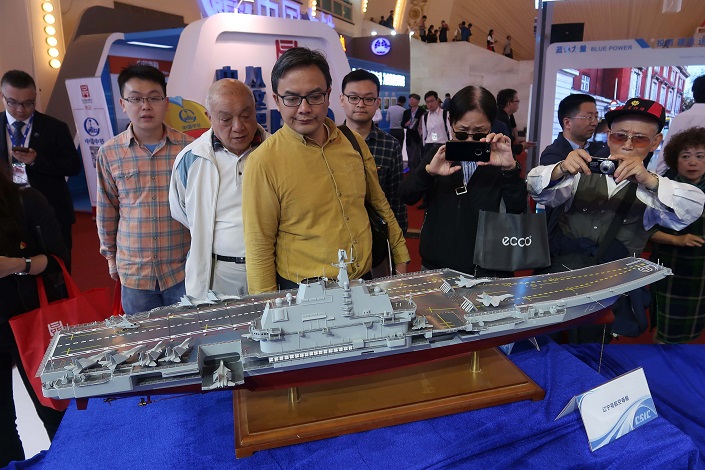 CSIC and CSSC were one conglomerate until 1999 when they were split in two. With China’s Yangtze River as a loose border, CSSC and CSIC operate businesses in the country’s south and north, respectively. The two companies combined assets are worth over 500 billion yuan ($72.88 billion).

The public filings imply that the merger is almost confirmed, though detailed plans have not been reached yet, sources close to the matter told Caixin. Ultimately, the companies must seek approval before a merger is implemented, according to stock exchange filings by the listed subsidiaries.

The two companies have been planning a merger for years, the sources said. In 2015, during an internal conference, some former executives proposed a merger, complaining that the 1999 separation had put a ceiling on the company’s growth, according to the sources. Later, the shipbuilders started to frequently cross-appoint executives and manage assets together.

The merged company, which would operate both civil and military businesses, could become the world’s shipbuilder in terms of capacity, multiple industry insiders told Caixin. Read the full story on Caixin Global later today.