WeWork's China Rival Is Said to Seek Up to $200 Million U.S. IPO 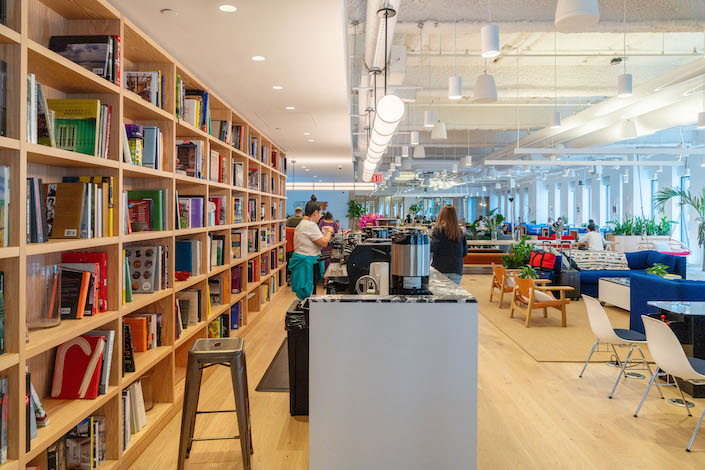 A member places an order at the coffee bar inside the WeWork Cos Inc. 85 Broad Street offices in the Manhattan borough of New York

Ucommune is preparing to raise as much as $200 million in a 2020 U.S. initial public offering, people familiar with the matter said, a capital infusion that would help the loss-making Chinese startup battle WeWork Cos. across the world’s No. 2 economy.

The four-year-old company is seeking to raise at least $100 million, they said, asking not to be identified discussing private matters. Ucommune had reportedly targeted an IPO in 2018’s third quarter but market turbulence engendered by U.S.-Chinese tensions forced it to back off, they added. The deal is in its preliminary stages and subject to change, they said, but a successful transaction will help refill coffers drained by a race with WeWork to set up shared office spaces from Beijing to Shenzhen.

Ucommune is vying with WeWork and local rivals from KR Space to MyDreamPlus to become China’s leading provider of shared office spaces, popular among the nation’s fast-growing crop of boot-strapped startups. That pits it directly against WeWork, the $47 billion outfit that pioneered the concept of trendy workspaces with colorful phone booth-like conversation areas and lively community hangouts serving beer on tap, reshaping office practices around the world.

While WeWork dominates the U.S. market, it faces strong competition in Asia. Last valued at $1.8 billion and backed by All-Stars Investment Ltd. and Sequoia Capital, Ucommune got its start in China, where it plans to run 300 locations within three years, but has begun setting up in cities from London to Los Angeles. It operates more than 100 locations across dozens of cities around the world and shares WeWork’s vision of branching out from office space toward services, including legal assistance.

Zhang Dongni, a spokeswoman for Ucommune, declined to comment. The company — known as UrWork until it changed its name after a WeWork lawsuit — was founded by Mao Daqing, a well-known figure in property and tech circles. The grandson of Mao Ziyao, an architect who helped design Beijing’s Great Hall of the People, he spent time at Singapore’s CapitaLand Ltd. and giant homebuilder China Vanke Co. before starting his company in 2015.