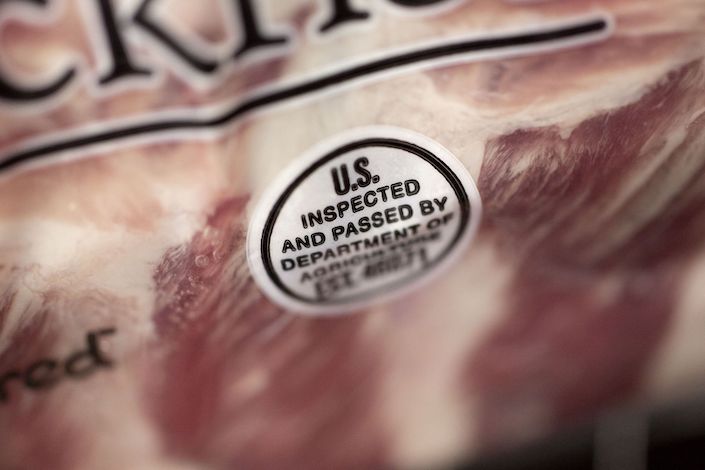 (Bloomberg) — China will continue to import pork from the U.S. and other countries as the spread of African swine fever reduces its domestic herd and tightens meat supply in the world’s largest consumer market, according to a senior Chinese agriculture ministry official.

“As the domestic pork supply is tightening, we will surely import pork to help balance supply, including from the United States,” Yu Kangzhen, the vice minister of agriculture and rural affairs, told reporters at a press conference. He didn’t give any figures or estimates.

The news of an open market comes at a good time for U.S. hog producers, who are battling the lowest wholesale prices for the time of year in a decade. Still, significant purchases may not eventuate because of the popularity of a pig feed additive in the U.S. that’s banned in China, according to Bloomberg Opinion. That may leave producers in Europe better placed to fill China’s supply gap.

China’s imports of pork and swine offal from the U.S. in May jumped to the highest in at least a year, exceeding the level before Beijing’s hefty 62% retaliatory tariffs were imposed on U.S. shipments in July last year, official customs data showed. The nation’s total meat imports also hit a record in May as looming meat shortages drove up domestic prices.

China has culled 1.16 million hogs since African swine fever was first reported in August. Of the 143 separate outbreaks of African swine fever in China since August, 44 were reported in the first half this year, indicating the spread of the disease is slowing, according to Yu. He said the ministry will strengthen its monitoring systems and crack down on any attempts to cover up outbreaks.

The State Council ordered several government departments to take measures to stop the spread of the disease and help the recovery of domestic breeding. A rally in China’s pork prices has also triggered concerns over the country’s rising food inflation.