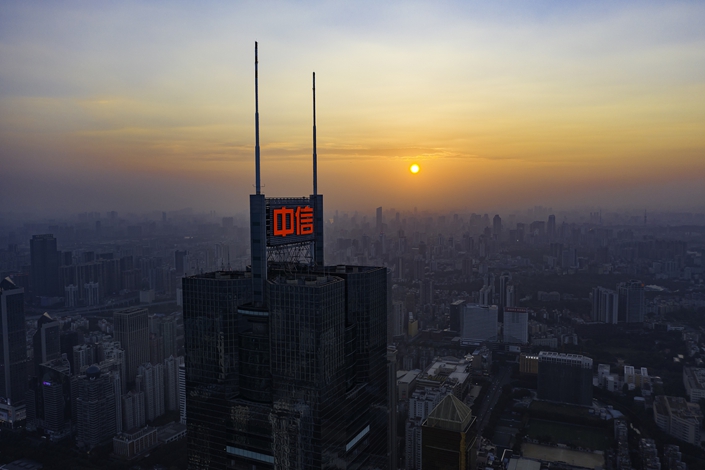 Citic Tower rises above the southern city of Guangzhou on Feb. 15. Photo: VCG

With the move, Citic Networks is following two other relative newcomers — China Transport Telecommunications & Information Center (CTTIC) and China Broadcasting Network Co. Ltd. — into a market that has long been dominated by three big state-owned carriers.

Analysts said the new players — which are all also state-owned — will bring more competition into the sector.

Citic Networks is 51% owned by Citic Group and 49% owned by the privately funded Beijing Yingtian Technology after a stake sale in September 2017. The company began applying for its license before that sale, the source said, adding that Citic Networks has been given a license to make the telecommunication sector “more competitive and more dynamic.”

Citic Networks specializes in network leasing, satellite transponder leasing and some value-added telecom services. With the new license, the company will expand its corporate-focused offerings to lure more private customers and get into cloud computing and next-generation 5G technology, according to the source close to the company.

The source added that the company may explore cloud computing partnerships with internet companies such as Tencent Holdings Ltd. and Alibaba Group Holding Ltd.

Compared with the big three carriers, Citic Networks’ core network infrastructure is relatively old and in urgent need of widespread renovation and repair, according to an industry source, who declined to be named because he is not allowed to talk to the media. That could be very costly, the source added.

However, the company drafted plans to fully reorganize its network infrastructure after Beijing Yingtian made its investment two years ago, Caixin has learned. “Beijing Yingtian has already become involved in the renovation effort, and will definitely ramp up investment in the future,” the source close to Citic Networks told Caixin.