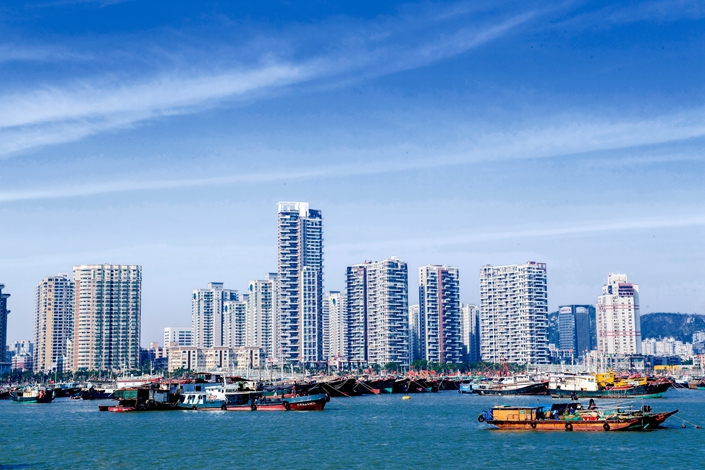 How bad do cities in China’s Greater Bay Area want young talent from Hong Kong and Macao? Some are now giving money away to get them.

The incentives underline China’s ambition to turn the Greater Bay Area, a mega city cluster consisting of nine southern mainland cities, Hong Kong and Macao, into a technology hub and finance powerhouse with advanced manufacturing and a modern services industry.

For example, the Qianhai Shenzhen-Hong Kong Modern Service Industry Cooperation Zone, a zone set up by Shenzhen government in 2010, released detailed measures (link in Chinese) last week designed to support Hong Kong and Macau professionals between the ages of 18 and 45. The measures offer Hong Kong and Macau residents who have graduated in the last five years and have worked in Qianhai for at least a year with a one-time subsidy ranging from 10,000 yuan ($1,460) to 50,000 yuan, depending on their level of education, according to the policy document.

In addition, a one-time housing subsidy of 10,000 yuan to 30,000 yuan is available to those who work at a Qianhai-registered company and meet certain other criteria, the document said. Companies in Qianhai that employ qualifying graduates from Hong Kong and Macau can receive subsidies of 2,000 yuan per hire.

In Guangzhou, capital of Guangdong province, which borders both Hong Kong and Macao, the Huangpu district government is also offering cash money to qualified professions who move in. Hong Kong and Macao residents who work in the district and meet certain experience requirements can receive a one-off subsidy of 10,000 yuan to 50,000 yuan per person. Their employers can receive a subsidy of 5,000 yuan per person.

Ernest Chan from the Hong Kong Federation of Youth Groups told Caixin that because the average salary in Hong Kong is higher than on the mainland, companies will have to offer relatively high compensation for the mainland, to attract young professionals from the former British colony.

Still, he suggested that there might be better ways to attract entrepreneurs to the area. Rather than subsidies, Hong Kong entrepreneurs need more policy support to help them develop their products, as many are unfamiliar with mainland markets, Chan said.

In February, the State Council, China’s cabinet, unveiled a detailed roadmap for the region’s development. The area accounts for 5% of China’s population, but generates more than 11% of its gross domestic product, or 10.87 trillion yuan last year, surpassing that of South Korea, according to Caixin’s calculation based on official data.