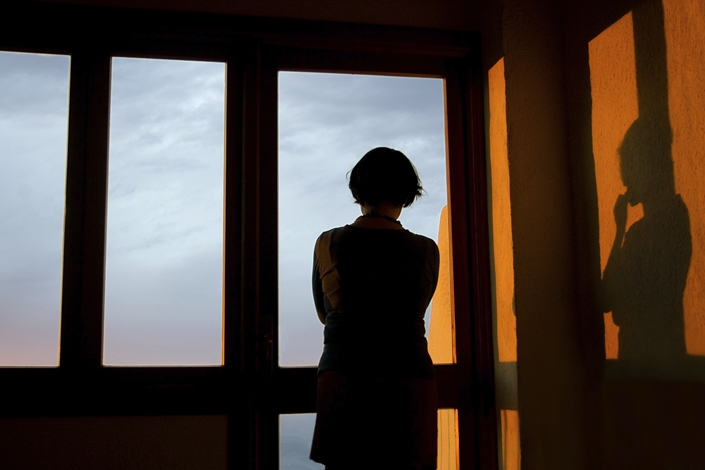 More than one person died each day in China as a result of domestic violence in the 18 months after the Domestic Violence Law came into effect in March 2016, according to the researchers. Most were women. Photo: VCG

A survey of migrant women in China’s first-tier cities has found more than half have experienced some kind of domestic violence, and many are unfamiliar with China’s 3-year-old Domestic Violence Law.

That law was considered a landmark step toward protecting victims of domestic abuse when it came into effect in March 2016. But critics have said it omits some forms of domestic violence and has been poorly implemented at local levels, and that there is little community awareness of the help it should provide.

Researchers from Beijing Normal University and the Orange Umbrella Charity, a nonprofit focused on helping victims of domestic violence, interviewed more than 1,500 migrant women in Beijing, Shanghai, Guangzhou and Shenzhen.

They found more than half of the interviewees had never heard of the law.

“Only half of the respondents who experienced some kind of domestic violence in the last 12 months attempted to break up with or divorce their partners,” the report says. Only a quarter sought help, with nearly half of respondents who did not seek help saying that it was an issue they could resolve on their own. Another 37.5% said that they did not know whom to ask for help, and 30% believed that it was a private family matter. Of those who reached out for help, only 17.9% turned to the police. The majority turned to their families, relatives or friends for support.

The women interviewed are members of China’s precarious “floating population,” people who have migrated to cities for work — often from the countryside — and are denied household registration that grants them access to healthcare, education and many other rights.

More than one person died each day in China as a result of domestic violence in the 18 months after the Domestic Violence Law came into effect, according to the researchers’ tally of domestic media reports on the subject. Most were women.

The law entitles those at risk of suffering domestic violence to apply to the court for a personal safety protection order. According to the state-backed People’s Court Daily, more than 5,600 such applications had been examined by China’s courts up until November 2018, but only 3,560 were issued.

Critics have said the evidence requirements for such an order are too strict. “Legislation should expand the scope of evidence,” wrote Sun Xiaomei, a deputy to the National People’s Congress and a professor at the Chinese Women’s College, in a journal article in June 2018. Sun called for testimony from minors as well as records from social organizations to be admitted as evidence.

Domestic violence is defined in the Domestic Violence Law as physical and mental violations by beating, binding, maiming, restricting personal freedom, and frequent intimidation. It does not include sexual violence or economic control. A series of surveys conducted by women’s organizations in Shenzhen from October-December 2016 found that many women who are victims of domestic violence are not economically dependent on their partners.

In fact, the higher a woman’s income, the higher the possibility of “economic control” being a factor, those surveys found. The Beijing Normal University report corroborated this, with the authors suggesting some men feel their role as “head of the family” is threatened by women with high earnings. In response, they may attempt to hinder their wife’s economic independence or “maliciously create debts.”

The report suggests that prevention and better management of domestic violence among migrant women will involve greater awareness of the concepts of gender violence and of the legal resources that should be available under the Domestic Violence Law. It also recommends improving the social support systems for victims of domestic violence by connecting medical treatment, identification, policing, legal aid, therapy and social services.