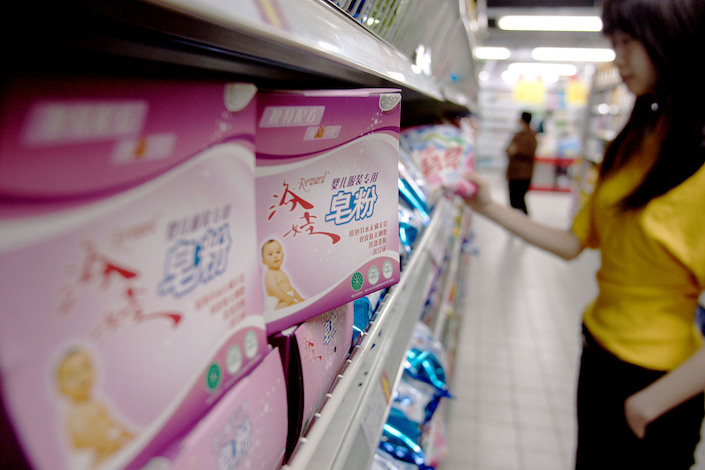 A Beijing-based accounting firm became the latest target of a regulatory crackdown on misconduct by financial intermediaries related to financing scandals of their clients.

Zhongxinghua was found to have major flaws in its audit of the 2017 financial results of Reward Science and Technology Industry Group, a bankrupt chemicals and dairy conglomerate ensnared in 6 billion yuan ($872 million) of bond defaults.

“As a key gatekeeper at the financial market, Zhongxinghua has major flaws in its auditing procedure and failed to obtain sufficient evidence for an audit,” NAFMII said Thursday in a statement. “It violated industry rules and business norms.”

The Zhongxinghua case adds to a growing list of financial intermediaries found accountable for clients’ troubles, reflecting regulators’ growing concerns over the intermediaries’ role in capital market scandals. Others swept up in the crackdown include Ruihua Certified Public Accountants, one of China’s largest accounting firms, and GP Certified Public Accountants Co. Ltd., the biggest auditor in Guangdong province.

The regulator said Zhongxinghua failed to verify Reward Group’s actual assets and ignored the absence of substantial business and financial documents when it signed off on the company’s financial report.

Privately owned Reward Group, also known as Luowa, failed to repay 300 million yuan of bonds in December although the company’s financial reports indicated that it had more than 4 billion yuan of cash on the books.

The bond default triggered 6 billion yuan of cross defaults, including $200 million of offshore bonds, due to the company’s complex guarantees with affiliates.

Following the default, Zhongxinghua issued a disclaimer on Reward Group’s 2018 financial report, which showed that the group had total assets of 18.4 billion yuan by the end of 2018 with only 497 million yuan in cash, including 414 million yuan under restriction.

Reward Group in June filed for bankruptcy. According to the National Enterprise Bankruptcy Information Disclosure Platform, Reward Group had 11.2 billion yuan of assets as of Dec. 31 with debts of more than 6 billion yuan. However, the company is in a severe cash crunch, making it unable to repay debts, according to the platform.

Earlier this month, Ruihua Certified Public Accountants came under investigation by the China Securities Regulatory Commission (CSRC), for failing to perform its duties linked to scandal-ridden client Kangde Xin Composite Material Group Co. Ltd. The laminating film manufacturer popped up on regulators’ radar after it defaulted on its debts even though its financial statements showed it had plenty of cash.

In May, GP Certified Public Accountants was put under probe by the CSRC after its major client Shanghai-listed traditional Chinese medicine supplier Kangmei Pharmaceutical Co. Ltd. was accused of fabricating a financial report.