Editorial: Take the ‘Zombie Enterprises’ Bull by the Horns 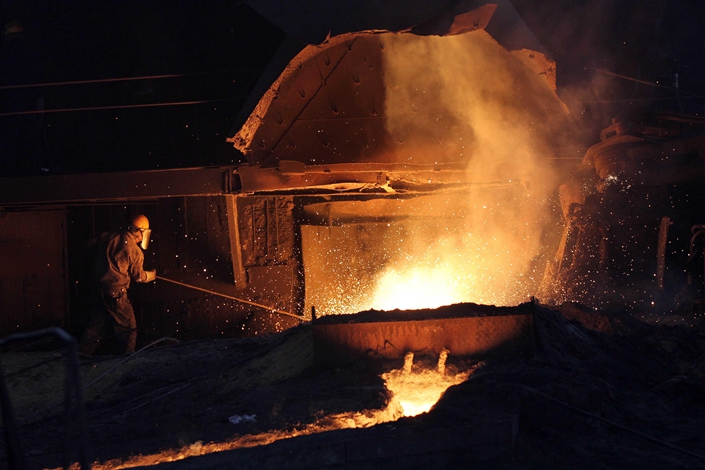 It is expected that the life-or-death situation for market participants will improve. On July 16, the National Development and Reform Commission (NDRC) and 12 other departments jointly published guidelines for an exit system for all types of market entities. This document was examined and approved by the NDRC last November and took until now to be officially issued, proving that it was no easy task. It can be regarded as the “general program” for reform to market exit mechanisms that will tackle problems firms encounter while trying to exit the market, such as a high withdrawal costs and insufficient support measures. The scheme has nearly 10,000 characters but still must be improved. The document has laid out the tasks, but its effective implementation depends on the sincerity, determination, and efforts of various departments in different regions.

The plan emphasizes the direction of marketization and legalization, which is a commendable highlight. However, it remains to be seen whether or not different departments and regions will adhere to this direction. As we all know, as different market entities make their exits, they encounter different kinds of resistance; indeed, state-owned and private enterprises have very different experiences. But there should be no difference in the market exit and clearance of enterprises according to their ownership. Whether such hard tasks can be managed is the touchstone to test the effectiveness of the plan. At present, large-scale “zombie enterprises” present the biggest challenge.

Dealing with zombie enterprises is an important part of structural supply-side reform. It is essential for getting a good grasp of capacity removal. Zombie enterprises have become bottomless pits that consume resources, especially financial resources. They greatly reduce the efficiency of resource allocation in China’s economy and disrupt the normal market order of “survival of the fittest.” Depending on government credit endorsements, they also increase local debt pressure. In the critical period of industrial upgrade and transformation, they have become roadblocks on China’s path to transforming its economic growth momentum. Some studies show that with the increased resources consumed by zombie enterprises, China’s labor participation rate will decline and the unemployment rate will rise. In short, the direct and indirect welfare losses caused by zombie enterprises are unbearable for the Chinese economy. It is probably advisable for them to exit smoothly in a market-oriented and legalized way.

Due to the great importance that central leaders have attached to rooting out zombie enterprises, in recent years various localities have made some progress, but there is still a long way to go to meet the requirements laid out by the new plan. Under the “GDP Championship” model, local governments had a strong incentive to keep businesses alive. The supervision departments of state-owned assets, defending their narrow interests, often become the “troublemakers” for the withdrawal of relevant institutions. The government supports zombie enterprises in various ways, such as coordinating credit resources and financial subsidies or through various explicit or implicit preferences. Even if they have to withdraw due to bankruptcy, some local governments try their best to evade or cancel debts or manipulate bankruptcy procedures. This is a deviation from the track laid out by law and sacrifices the rights and interests of creditors in order to serve local interests. The new plan specifically responds to this, explicitly requiring that relevant parties cannot hinder the market exit of state-owned enterprises and mandating that zombie enterprises may not be maintained through government subsidies or loans that are in violation of regulations. While stipulating the need to strengthen judicial and administrative coordination, the new plan also explicitly requires that any administrative interference in bankruptcy judicial affairs be avoided. However, following through from paper to action has always been a problem, and we look forward to a breakthrough this time.

The program has divided the tasks for different departments and local governments. Next, a clear road map of steps for implementation is needed. The exit of zombie enterprises should be the focus. It is imperative that local governments abide by the principles of marketization and legalization, as established by the plan, and restrain themselves from acting as a “visible hand.” Local governments must act in accordance with the law, whether it be at the beginning of bankruptcy or in the midst of bankruptcy proceedings. This is not to exclude governments from the bankruptcy proceedings of state-owned enterprises, but to encourage them to perform their respective duties and responsibilities. In fact, local governments play an irreplaceable role in coordinating the interests of all parties, seeking possible reorganizers and maintaining social underpinnings.

The revisions to the Enterprise Bankruptcy Law are about to accelerate. The defects exposed over the last 12 years, such as difficulty in filing cases, protection of creditors’ interests, administration, summary bankruptcy procedure and bankruptcy reorganization. These should be the focus of the revision. The basic law is self-evident in dealing with zombie enterprises. Over the years, “coercive rulings” have been criticized. Local governments’ interventions are behind them. It is also sad that the court has become merely a puppet with strings. At present, the exploration of professional tribunals in bankruptcy cases has begun, and the courts’ independent exercise of judicial power should be given special attention.

If the hands of the government are effectively restrained, the exit of zombie enterprises will be a major success. Zombie enterprises must first be prevented — really, the soft budget constraints of state-owned enterprises and local governments should be weakened. The plan proposes “standardizing industrial policy” and emphasizes preventing excessive government intervention. On the surface, this is not closely related to the withdrawal of market participants, but it is highly relevant. In addition, as the main “blood bank” of zombie enterprises, financial institutions also present a challenge. They must strengthen budget constraints, improve corporate governance, and strengthen supervision.

Only when the market allows for life and death can the economy be “creatively destroyed.” After several years of commercial reforms, the environment for market access has been greatly improved. Now it is time to improve the market exit system. Reform will not be accomplished overnight, and we must be prepared to overcome difficulties. Importantly, all market participants must be treated equally as they exit the market. It is unfair that some are forced to close down while others lie in the intensive care unit and waste public money. Only by tacking the difficult points such as zombie enterprises can market withdrawal reform be considered to be perfected.