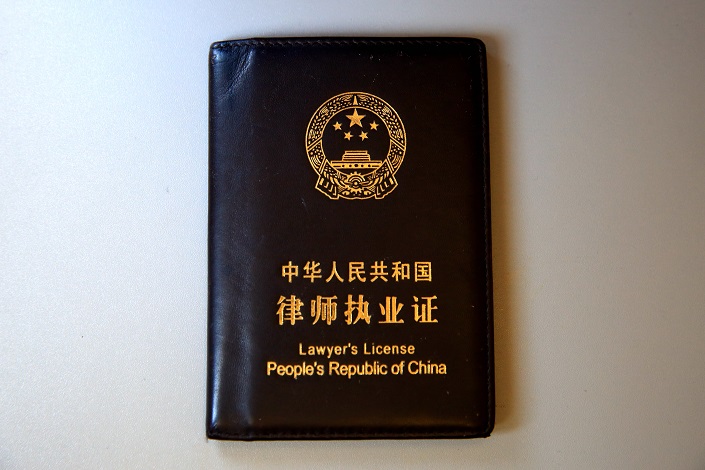 Chinese rights lawyer Li Jinxing, who made his name fighting against wrongful convictions, is now contesting an official decision to revoke his license for “improper remarks on the internet.”

Li filed an appeal on Wednesday against the decision by Shandong province authorities to take away Li’s license to practice law over his online criticism of China’s judiciary system.

The Shandong Provincial Justice Bureau told Li on Monday that his Weibo posts dating back to April 2017 had included slanderous remarks about China’s judiciary system, which violated China’s Lawyer’s Law. Li disputed this, telling Caixin his posts do not constitute an illegal act.

Li is best known for defending activist Yang Maodong and for founding the Innocence Project of China, which has fought to overturn wrongful convictions.

“All six of my Weibo posts are constructive statements. They are entirely within a lawyer’s rights granted by the Constitution," Li, whose license had previously been suspended for one year in 2016, told Caixin. “Lawyers handle cases according to law and publicly express their opinions in accordance with the law, and this safeguards the rights of the parties and the implementation of the law,” he said.