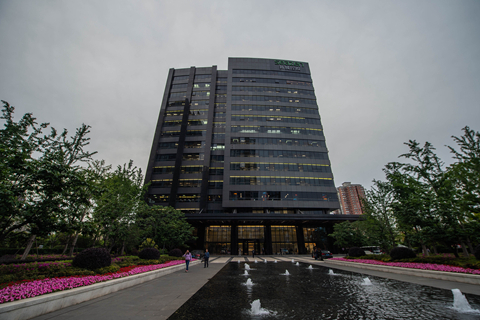 Seazen Holdings agreed to sell 4.15 billion yuan ($600 million) of assets three week after the arrest of its founder on charges of molesting a nine-year-old girl threw the company into a financial crisis.

The Shanghai-listed arm of property developer Future Land Development Holdings Ltd. said Wednesday in a statement that its subsidiaries signed agreements to transfer equity and creditors’ rights in 10 project companies. The 4.15 billion yuan consideration represents 13.62% of the parent company’s total assets at the end of 2018.

On July 10, Shanghai authorities said they formally arrested two individuals detained a week earlier on suspicion of child molesting. Police have provided only surnames for the man and woman arrested, but media have previously identified the man as Wang Zhenhua — a real estate tycoon who until recently was chairman of Future Land.

The news sparked public outrage and sent stocks of Future Land and related companies into a downward spiral. The proceedings triggered an investor exodus from Future Land and other real estate companies linked to Wang. That wiped out billions of dollars of market value, raised questions about the companies’ access to financing and fueled speculation that rival developers might move to take over all or part of Wang’s empire.