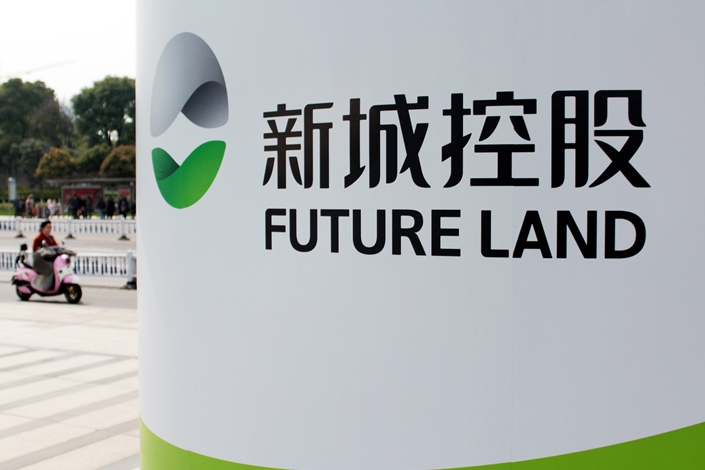 Shares of three firms connected to a real estate mogul suspected of child molestation plunged on Thursday, with one-third of the value of the main company — Future Land Development Holdings Ltd — wiped out over the last two days.

Future Land’s Hong Kong-listed stock was down nearly 13% midway through the trading day, extending a 24% slide the previous day after the molestation allegations about its founder Wang Zhenhua were reported by Shanghai’s Xinmin Evening News. Hong Kong-listed affiliate S-Enjoy Service Group Co. Ltd. was down more than 17%, adding to a 24% plunge on Wednesday.

Xinmin first reported the news on Wednesday afternoon, after Chinese mainland stock markets had closed but still within Hong Kong trading hours. When trading began on Thursday, shares of the group’s Shanghai-listed unit Seazen Holdings Co. Ltd. fell by their daily 10% limit, as nearly 3 million “sell” orders were place for the stock when the market opened.

Xinmin said that Wang allegedly molested a 9-year-old girl last Saturday at a Shanghai hotel, in a report that was later deleted from its website. Both Xinmin and Wang’s company are based in Shanghai.

Future Land is among China’s largest real estate developers and Wang one of China’s richest men. Public documents show that Wang has accumulated 17 billion yuan ($2.5 billion) in wealth through the three listed companies, putting him 108 on Forbes 2018 list of the 400 wealthiest people in China.

In addition to the bonds, the group also has medium-term notes, private placement notes and super short-term commercial paper totaling 7.9 billion yuan that trade on the interbank market.

Despite its large size, the group has a relatively high average borrowing cost compared with its peers. Its average borrowing cost was 6.47% last year, up 1.15 percentage points from a year earlier, placing it in a third-tier of real estate developers on a four-tier scale where fourth is for companies with the highest borrowing costs, according to Guosheng Securities.