Update: China Opens Up About Its Forex Reserves 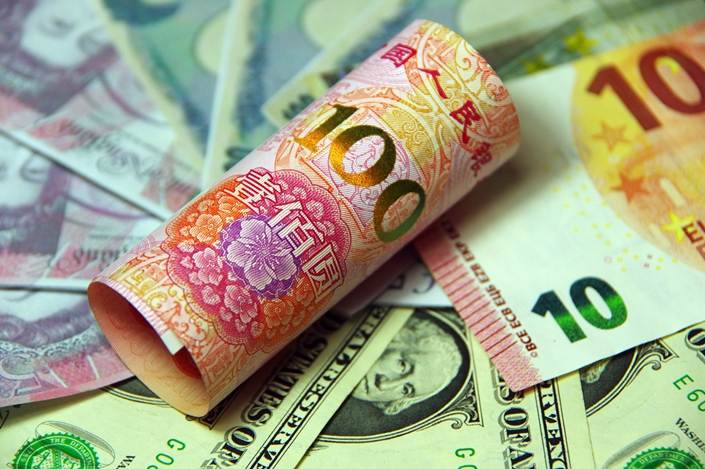 The composition of China’s foreign-exchange reserves has historically been a closely guarded secret. Photo: IC Photo

China has for the first time revealed the composition of its massive foreign-exchange reserves and the return on the investments it made with the money, part of what the foreign-exchange regulator said are efforts to improve transparency and confidence in the country’s economic and financial position.

Although the State Administration of Foreign Exchange (SAFE) has not disclosed the current makeup of its reserves, which are the world’s largest at $3.12 trillion, it said that China’s U.S. dollar-denominated assets accounted for 58% of the total at the end of 2014 when the hoard amounted to $3.84 trillion, the administration said in its 2018 annual report (link in Chinese) released on Sunday.

That’s down from 79% at the end of 1995, when the reserves were just $73.6 billion, the report showed. Over the same two-decade period, the global average of U.S. dollar assets’ shares held in the official reserves of the world’s monetary authorities grew from 59% to 65%, according to the report. The administration achieved an annual average return of 3.68% on its investments over the period 2005 to 2014, it said.

China has obtained long-term, stable returns from the investment and management of its foreign-exchange reserves and the rate of return is at a “relatively good level” among global peers, Wang Chunying, the SAFE spokeswoman, said in a statement (link in Chinese). A more diversified structure also helps China reduce foreign-exchange risks, she said.

The composition of China’s foreign-exchange reserves has historically been a closely guarded secret. Although analysts have had to make their own estimates, the consensus has been that the majority of the assets are in dollars, partly because most of China’s trade, the biggest source of its foreign-currency earnings, was conducted in the U.S. currency.

“China has always been trying to improve the transparency of its reserves,” Wang said. “Further disclosure of the operation and management of the forex reserves reflects China’s need to open up and can help shore up international confidence in China’s economic and financial situation.”

Caixin has learned that the reserves have been invested in more than 50 types of assets, covering almost all types of financial assets in the international market, with more than 6,000 targets involving over 30 currencies.

China has run a current account surplus for years, reflecting its status as the world’s top exporter. The surplus surged to more than 10% of gross domestic product (GDP) in the second half of the 2000s, triggering warnings about the country’s contribution to global imbalances. However, the excess has since slumped to under 2% of GDP as export growth has waned and the current account fell into a deficit in early 2018 for the first time in 17 years.

The SAFE report said China’s international balance of payments and current account are expected to remain balanced this year, reflecting structural changes in the country’s manufacturing industry and an upgrading of consumption demand.