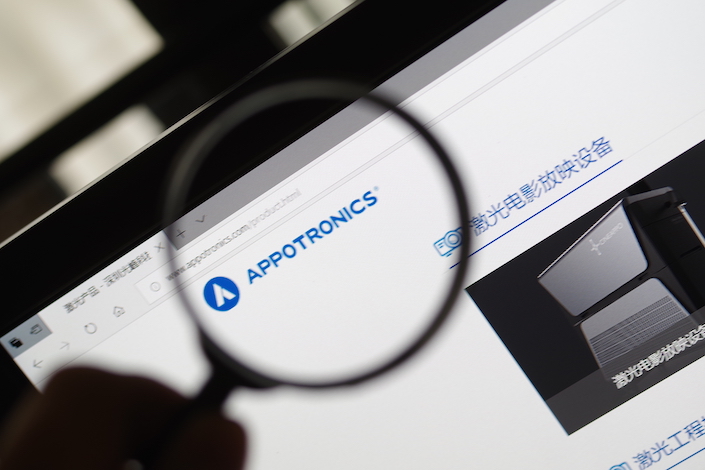 This dispute has gotten patently uglier.

An electronics manufacturing company listed on Shanghai’s new high-tech board is striking back against its Taiwan-based rival in an escalation of disputes surrounding patented technologies.

The drama began in July, when Taiwan-based Delta Electronics sued Appotronics in a court in the southern Chinese city of Guangzhou. Delta said an Appotronics projector model produced and sold in China infringed three of its patents, according to a statement filed by Appotronics to the Shenzhen Stock Exchange.

Delta demanded Appotronics stop manufacturing and selling the product and cough up 48.4 million yuan ($6.9 million) in compensation, the equivalent of 72.7% of Appotronics’ net profit in the first half of this year.

How will things play out? Read the full story later today at caixinglobal.com.