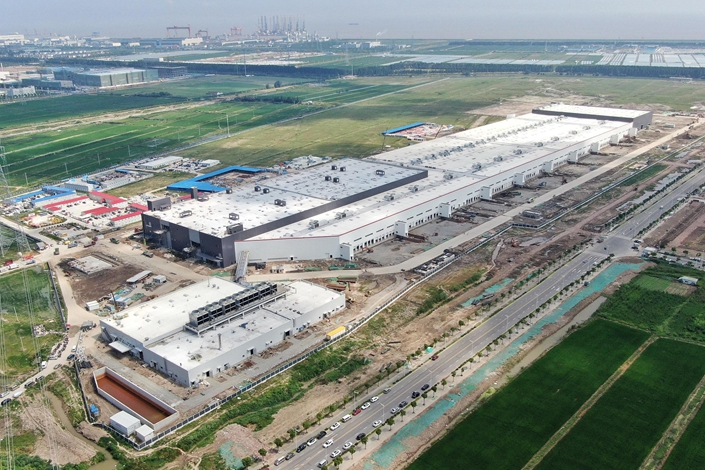 Tesla’s Shanghai facility is on track to officially start production at the end of this year, the company said Wednesday in a message posted to its official Weibo account.

Seven months after breaking ground, construction is progressing “smoothly” at the so-called Gigafactory Shanghai, the message said. The year-end target reaffirms a projection made last month in a quarterly earnings letter to shareholders.

Gigafactory Shanghai will manufacture a modified version of Tesla’s luxury electric vehicle, the Model 3, and will have a capacity of 150,000 units per year, the letter said.

In other Tesla-related news, the carmaker is reportedly considering hiking its prices in China from September due to uncertainty over the yuan, Reuters reported Wednesday, citing two unnamed sources.

Related: Elon Musk to Launch Boring Co. in China During Visit This Month