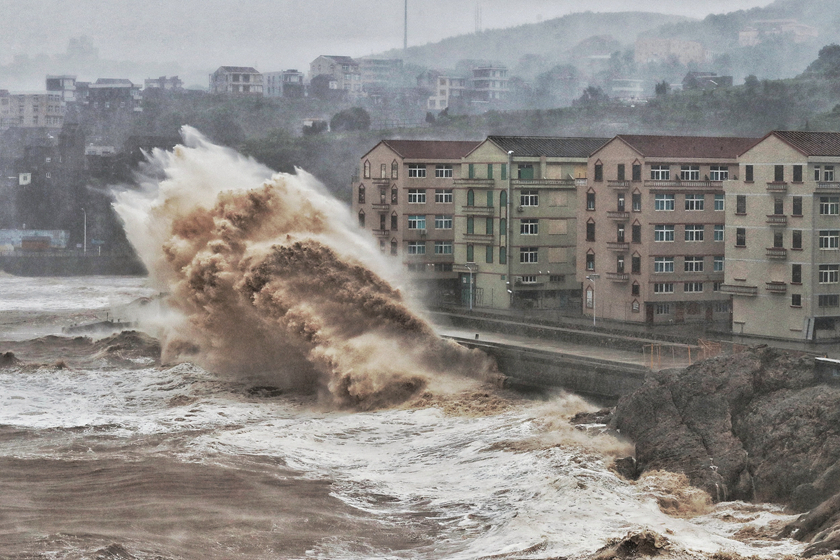 Huge waves crash into the coastline Saturday in Wenling, East China’s Zhejiang province. According to the Ministry of Emergency Management, 1.46 million people had been evacuated from six provincial-level regions along the coast as of Sunday evening. Photo: VCG 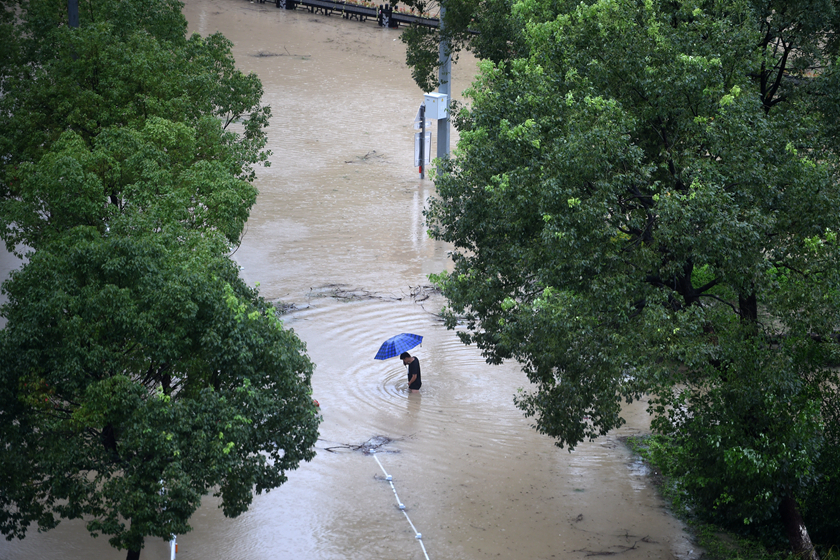 A man wades through a flooded area Saturday in the city of Wenling. Photo: Xinhua Agency 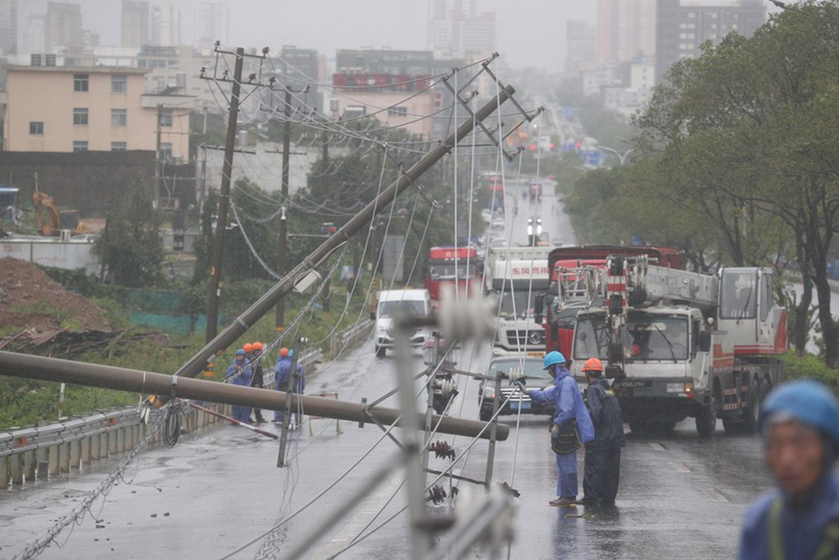 Workers deal with utility poles that were blown down in the storm Saturday in Wenzhou, Zhejiang province. Photo: IC Photo 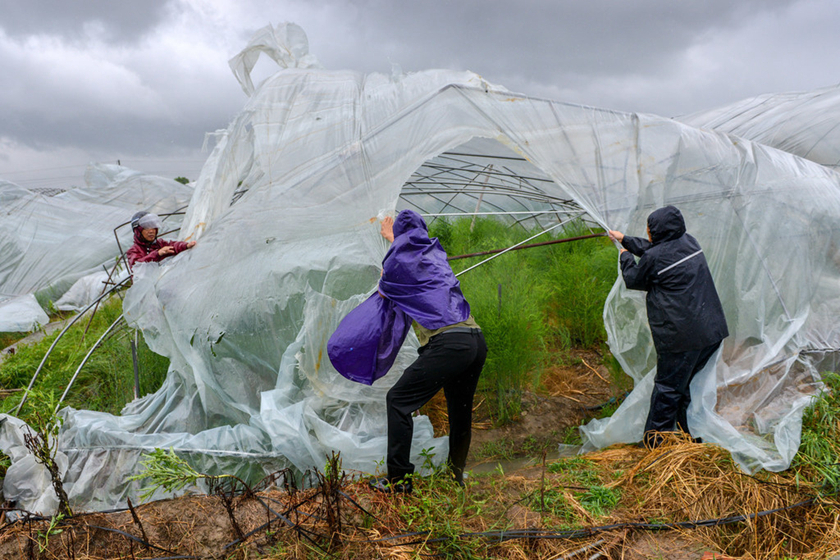 Farmers try to fix a greenhouse in the rain Saturday in the city of Huzhou. Photo: IC Photo 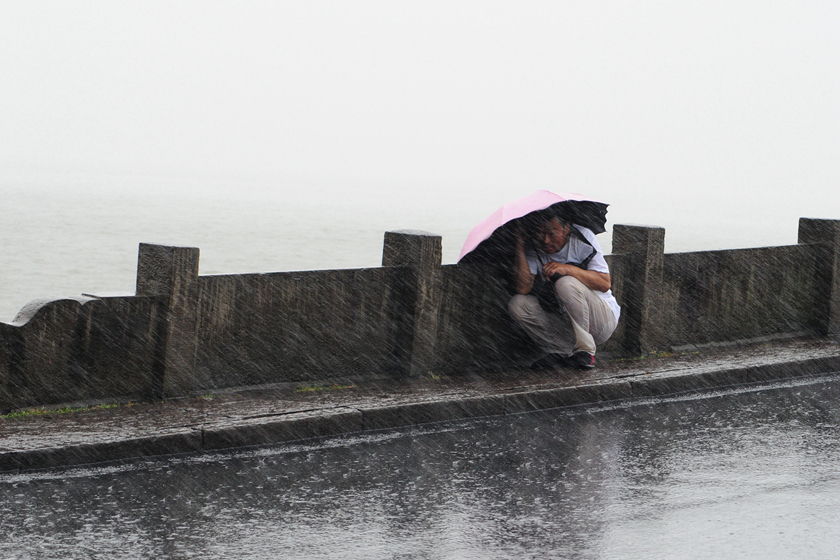 A man squats next to the side of a bridge Friday in Hangzhou, the capital of Zhejiang, to get some cover from the downpour. Photo: VCG 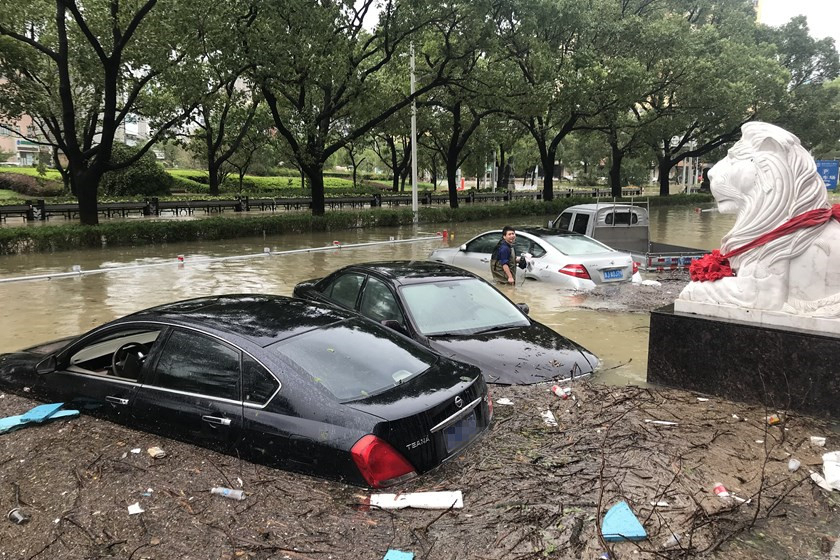 Flooding has left some cars half submerged Saturday in Wenling. Photo: VCG 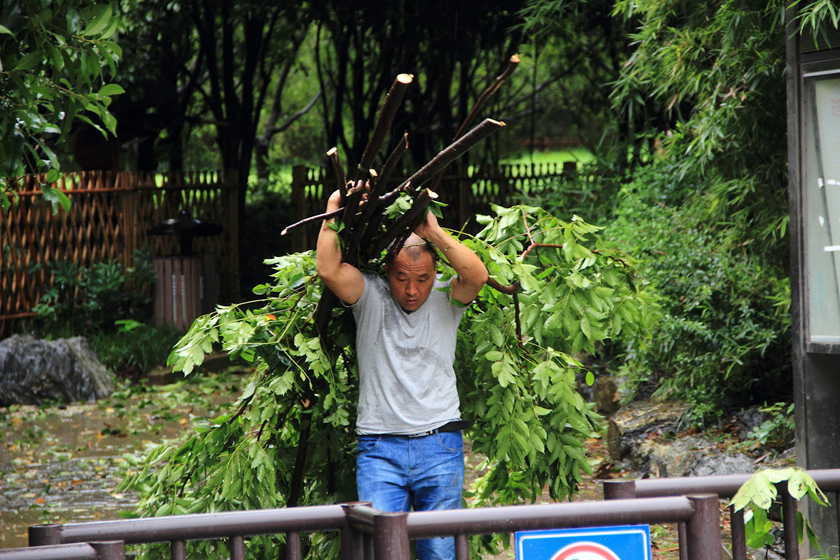 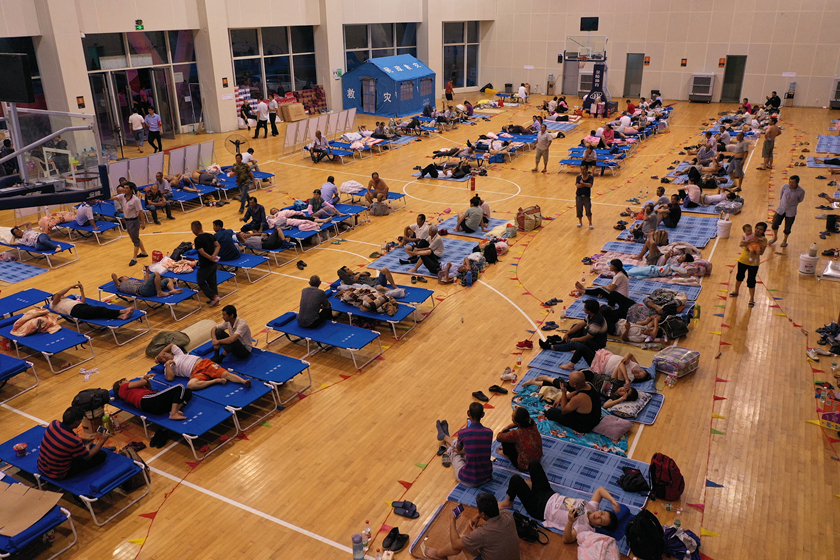 People rest at a temporary shelter in a gymnasium Friday in Wenzhou. More than 94,000 people were relocated before the typhoon stuck Zhejiang, officials said. Photo: VCG 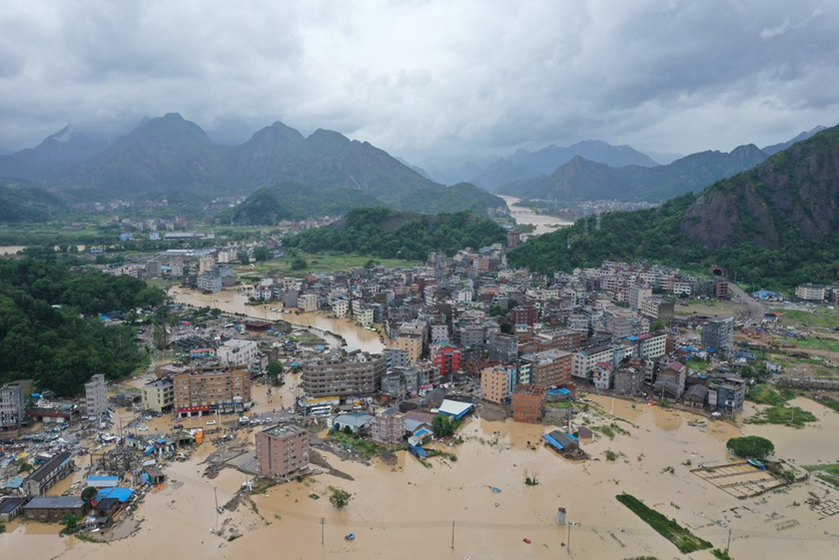 Floodwaters cover large swaths of Wenzhou in the wake of the typhoon. Photo: IC Photo 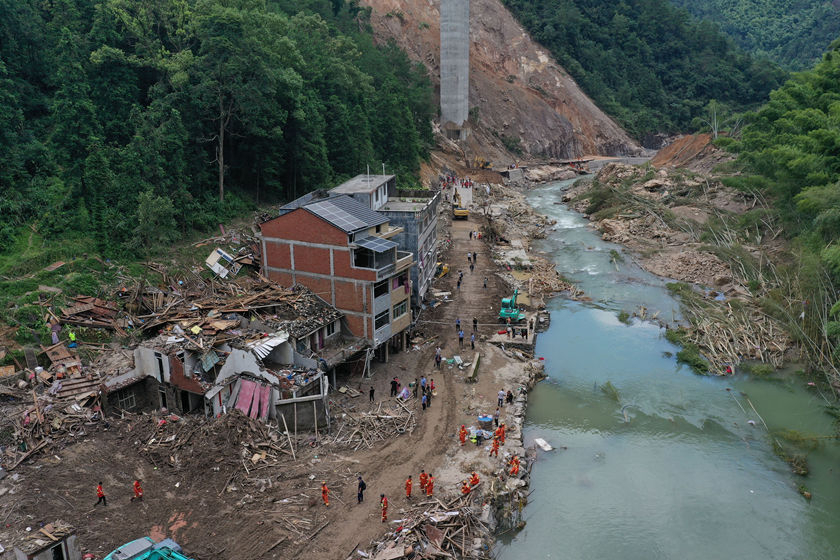 As of Monday morning, at least 23 people are dead and nine missing in the village of Shanzao, which was hit by a landslide caused by the heavy rain from the typhoon. Photo: VCG