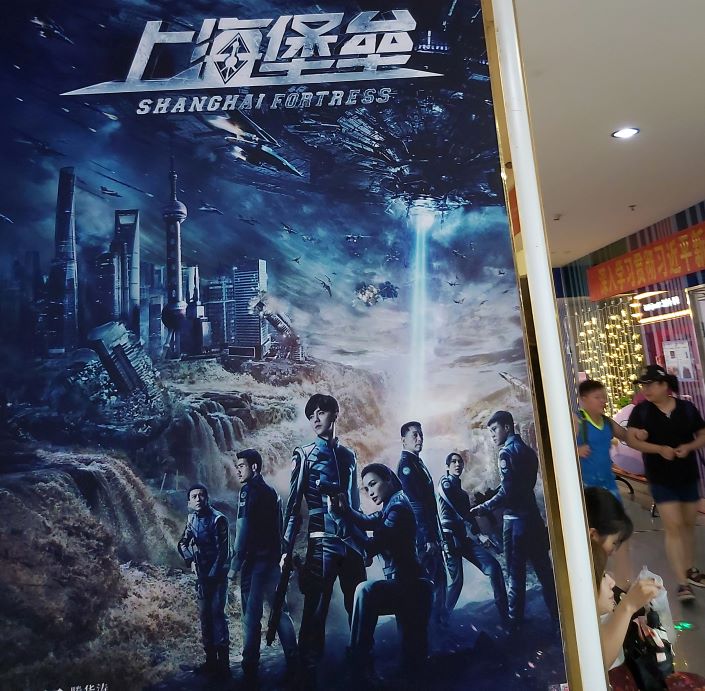 China’s latest big-budget sci-fi movie has bombed at the box office, bringing those dubbing the country an emerging sci-fi powerhouse firmly back down to earth.

“Shanghai Fortress” took in 74 million yuan ($10.5 million) during its opening day at China’s box office on Friday, charting at No. 2., according to online ticketing platform Maoyan.

But the movie’s ticket sales soon plummeted amid withering online reviews. As of Tuesday, “Shanghai Fortress,” which was made on a budget of 360 million yuan, had only earned 115 million yuan over five days.

Those ticket sales lag far behind recent box office hit “Nezha,” which debuted on July 26 and raked in 1.1 billion yuan during its first five days. It had earned 3.7 billion yuan as of Tuesday.

In the longer term, investors in “Shanghai Fortress” might end up wishing they’d got out before the drawbridge was raised. Maoyan predicts the film will make just 125 million yuan by the end of its run, far less than the 950 million yuan needed to recoup investors’ costs after splitting the sales with theaters.