By Wei Yiyang and Wu Gang 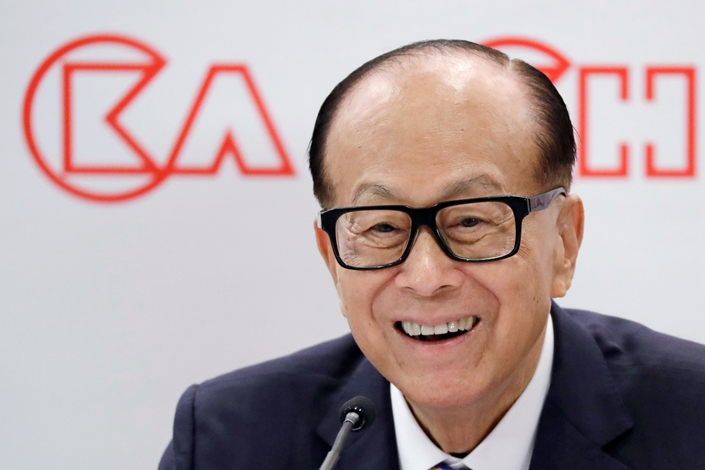 Hong Kong’s richest man Li Ka-shing on Friday paid for full-page advertisements in several local newspapers calling for an end to violence in the city in favor of love, after over two months of large-scale protests.

The protests against a proposed bill that would allow extradition to several jurisdictions — including the Chinese mainland — started in early June as peaceful rallies. However as they have continued, violent clashes have occurred between police and protestors.

The billionaire’s comments on politics are closely watched, even since he announced last year he would step down as chairman of his business empire, CK Hutchison Holdings Ltd.

One of the two ads, which were printed in at least 15 daily newspapers, features the Chinese character for “violence” crossed out. It also says in Chinese that “the best cause may lead to the worst result,” and calls for the public to embrace several different kinds of love, including love for freedom, rule of law, China, Hong Kong and themselves.

The other version of ad, also in Chinese, referred to a line from a Tang dynasty poem, saying “The melon of Huangtai can no longer be picked.” The ambiguous phrase has been used by the 91-year-old when commenting on political matters before, and is open to interpretation. It is often understood as referring to something which is suffering and cannot be attacked any more.

A statement was issued by a spokesperson for Li, saying the tycoon hopes that the people of Hong Kong can end the violence, as the city’s long-term prosperity is closely linked to “One Country, Two Systems” — a phrase that refers to how Hong Kong was allowed to retain a degree of autonomy and its own legal and political systems after returning to Chinese sovereignty in 1997.

Several other tycoons have spoken out in recent weeks, including Peter Woo Kwong-ching, who raised concerns about protestor violence.

The Hong Kong government on Thursday slashed its forecast for 2019 economic growth from a range of 2% to 3% to a range of 0% to 1%, citing the impact of China-U.S. trade war as well as the ongoing unrest.