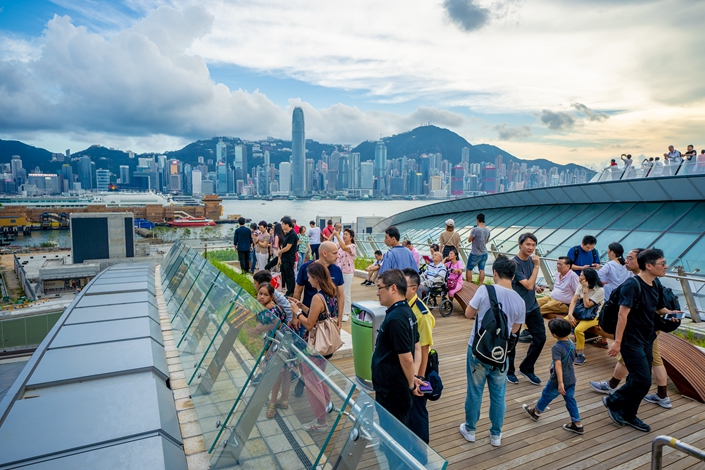 Hong Kong’s government slashed its 2019 growth forecast on Thursday and announced a HK$19.1 billion ($2.44 billion) package of measures to support the economy as the special administrative region (SAR) faces threats from the impact of a global slowdown, the U.S.-China trade war and mass protests.

Financial Secretary Paul Chan Mo-po said expansion in gross domestic product (GDP) for the full year could slump to a range of 0% to 1%, down from a previous estimate of 2% to 3% and compared with a 3% pace in 2018. Speaking at a press conference in Hong Kong on Thursday, Chan said the measures will include subsidies for the underprivileged and business enterprises and higher salary tax rebates.

“Externally, the global economic outlook is darkened by high uncertainties, including the escalation of China-U.S. trade tensions, imminent risk of a hard Brexit, continued geopolitical tensions in the Middle East, sluggish industrial and trading activities in Asia, heightening financial market volatilities, and market concerns about major economies slipping into recession,” Chan said in a statement on the government’s website. “Against this background, the import/export trades, logistics and related sectors will continue to face a difficult environment.”

Chan also highlighted the impact of the protests that have gripped Hong Kong over the past 11 weeks.

“Domestically, the recent social incidents have hit the retail trade, restaurants and tourism, adding a further blow to an already-weak economy, and also affected the international image of Hong Kong,” Chan said. “Based on the latest developments and assessments on the outlook, the Hong Kong economy will continue to face an austere environment for the rest of the year.”

He said the package of measures was aimed at helping small and medium-sized enterprises, safeguarding jobs and relieving the financial burden on the city’s residents.

Hong Kong’s economy expanded by 0.6% year on year in the second quarter, the same pace as in the first quarter and the weakest print in a decade. On a quarter-on-quarter basis, the economy contracted, with GDP falling by 0.3% from the first three months of the year.

“If the third quarter continues to reflect a negative growth, Hong Kong will enter a recession technically,” Chan wrote in a blog post on Aug. 4.

Hong Kong’s exports have contracted this year, falling 5.4% year-on-year in the second quarter after a 3.7% contraction in the previous three months. In June, exports slumped by 10%. Business and tourism in the SAR have also been hit by protests that are now in their 11th week. Hundreds of flights were canceled on Monday and Tuesday after thousands of protesters blocked the halls of the airport.

Analysts have already been lowering their forecasts for Hong Kong’s economic expansion. On Aug. 2, DBS Bank cut its estimate for 2019 full-year GDP growth to zero from its earlier forecast of 2.5%, and lowered its 2020 forecast to 0.5% from 2%.

Paul Tang, an economist with Bank of East Asia, said Hong Kong’s economy could still rebound in the fourth quarter, because the GDP in the fourth quarter of 2018 was relatively low. If the disorder now gripping Hong Kong calms down, there could be a rapid recovery in tourism and retailing, he said.