Developers Prepare for Winter as Tightening Control Is Expected to Continue 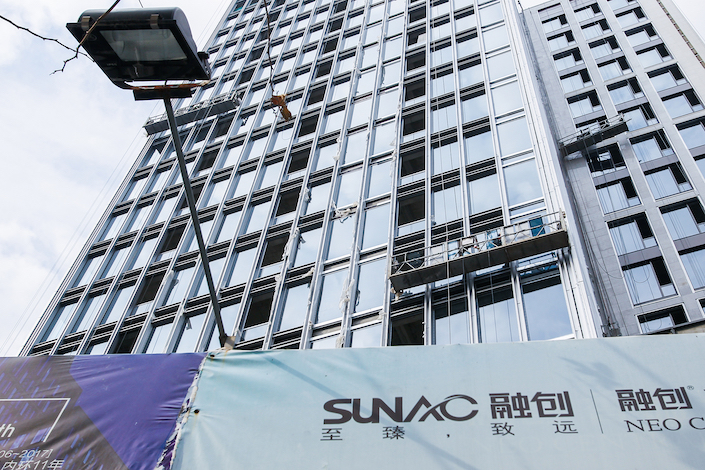 Chinese regulators this year have issued a slew of measures to curb excessive borrowing by the property sector. Since March, the central government has repeatedly stressed that “houses are for living, not for speculation.” The banking and insurance regulator have asked banks to carefully screen developers’ qualifications when issuing loans and have barred trust companies from providing new financing to real estate companies.

In a key policy meeting in late July, the Politburo affirmed that the property market will not be used as a form of short-term stimulus despite pledges to further bolster the economy, ruling out speculation on property market easing.

In the face of tightening market control, Sunac increased its cash holdings as a response strategy, Sun said Thursday in Hong Kong while reporting the company’s interim results.

Earlier this week, Sunac secured a $280 million syndicated loan from eight banks led by HSBC. The company said the money will be used to repay debts.

“According to the current policy, strict control of the financing side may be normalized,” Sun said, adding that recent policy moves have indicated the clear intention of regulators to restrict capital flow into the property sector and to maintain the policy direction, Sun said.

Sunac was among the most active land buyers during the first fourth months, spending 66.5 billion yuan on 78 land parcels. But Chief Executive Wang Mengde said the company has stopped land purchases from public auctions since May and will strictly control its land investment in the second half. One of the top priorities of the company in the next few years will be cutting debts, Wang said.

“The land market will enter a downturn in the second half, and housing sales will also see major impacts,” Wang said. As the public expects a more stable market and sees no immediate price surge, demand for home purchases will slow, Wang said, adding that smaller cities will suffer greater impacts from the tightening policies.

Several major developers that released earnings recently have also forecast a tougher market for the rest of the year. Country Garden Holdings Co. Ltd., one of China’s top three developers, Tuesday reported a workforce reduction of 14,800 people during the first half, the first contraction in more than 10 years.

Although the company said the shrinking workforce is part of a restructuring to optimize internal organization, Country Garden said it is facing mounting pressures especially in smaller cities because of policy tightening.

Country Garden reported 23.4% growth in first-half net profit, down from a 72.5% gain a year earlier.