Opinion: A New Era of Global Payments Is Coming

By William Blair and Emilios Avgouleas 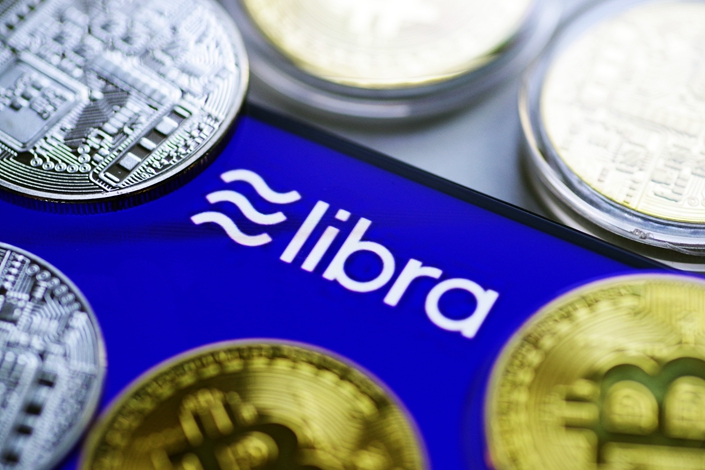 Following the unveiling of Facebook’s Libra cryptocurrency and the resolution of the People’s Bank of China (PBOC) to launch its own digital currency we could confidently predict the dawn of a new generation of means of payment which on both a retail and wholesale basis are bound to obliterate today’s slow and expensive payment systems. These developments can lead to a new era of global payments as well as give rise to a number of new problems especially as regards financial stability and monetary policy. Still it seems that the idea of a global means of payment that has the characteristics of a global currency is suddenly around the corner.

The announcement of Libra itself has led to some emphatic reactions ranging around concerns about user privacy, money laundering, consumer protection, and financial stability — a brief list but very comprehensive. Each of these concerns is important and ought not to brushed aside but the most important relate to the need to make the value stabilisation mechanism robust and prove that user privacy rights are respected. Even if Libra launches on time it will face formidable obstacles given outright hostility to it on the political side chiefly in the United States and Europe where big tech companies are often seen with understandable mistrust given the immense power they exert in several digital and physical markets.

Still its utility in ushering a new era in cross-border payments should not be discounted. Lack of trust does not so far seem to have eroded the reported number of 1.5 billion active WhatsApp users in over 180 countries — the key to the Libra offering being the addition of a payment function to a widely used messaging system. The reason for that is no other than ease of access. The same paradigm can apply to the use of Libra. At the consumer level, while credit cards and bank accounts are in practice unavailable to many people globally there is also the issue of cash transfer safety. One only needs to consider the family members of a migrant worker in the outskirts of any city in sub-Saharan Africa or in the Eurasian plateau that have to make the perilous trip to the bank and back in order to cash in remittances from abroad to understand why these users would place the benefits of safe exchange above other considerations.

China's digital payments revolution via Alibaba and Tencent in the first part of the present decade has proved that, notwithstanding various risks, the possible benefits include safe payments which are a relief to all kinds of consumers and not just in rural areas, greater access to payment services, lower costs, greater choice and in the case of Libra less foreign exchange risk.

However, by way of comparison, Alipay and WeChat Pay are essentially domestic payment systems in fiat currency. The most notable feature of Libra is not the technology — so far as it is adopted at all, distributed ledger technology appears to be envisaged more as a governance safeguard that pays lip service to the mechanics of digital coins — but a new asset with the characteristics of a stablecoin valued by reference to a basket of currencies.

Still, safer cross-border payments could conceivably boost domestic economic activity in smaller countries, since Libra rates would be stable (in good times), while many local currencies suffer from the results of inflation and depreciation. Libra payments would also make the use of donor and aid money fully traceable and could boost tax takings by reducing the size of the foreign currency-based black market in goods and services. But so far as Libra can legitimately lay claim to countering financial exclusion and helping the unbanked, a number of issues have not yet been addressed in a granular way, including cash in/cash out — for example the successful Kenyan M-Pesa mobile payments system uses a network of “kiosks” which perform a low-tech agency function to do this. The promise of a payment that is as easy to send from a smartphone as a photo is immensely powerful, particularly to often vulnerable people. It is a promise that can be immediately understood by everybody — not the underlying technology. It is ultimately that powerful promise which will drive this.

Central banks can try, of course, to match this promise through the issue of digital currencies. The PBOC’s digital token will be issued by both the central bank and authorised commercial banks. It will be held in a wallet encrypted like a cryptocurrency with private keys, offering multi-signature security. But it will also be held by users in a decentralized way. This creates two implications that may lead to a revolution in cross-border (and not just domestic) payments. First, one may envisage that savers would clear their transactions paid by tokens held in their wallets directly via the central banks’ systems, making the intermediation of the banks or credit card companies irrelevant as far as cash (non-credit) payments are concerned. Second, the tokens in the wallet may be freely transferable across the globe altering the nature of international foreign exchange reserves. Of course, the central bank can cancel the tokens held abroad but this would come at an extreme cost to their reputation and credibility. Eliminating frictions in foreign exchange markets will lead to faster transactions, faster and cheaper accumulation of reserves, and easier convertibility all of which will boost the circulation of a future global currency whose value is based on holdings of major reserve currencies.

Regulation is essential to protect the integrity of the promise and where relevant add financial stability and consumer protection safeguards. If Facebook/Libra add a credit service or evolve into a platform for the sale of financial services, this would offer additional support to calls by central bankers and others that the service ought to be fully controlled and regulated. Similarly, Libra or another stablecoin that may be developed by one of the other tech giants like Amazon will raise competition issues and the EU Commission has already initiated antitrust proceedings against Facebook. Furthermore, at the macro-level, the impact of emerging economies’ capital controls and domestic monetary policy levers will inevitably be affected and it is conceivable that regional currency support arrangements like ASEAN +3 Chiang Mai Initiative may make a return.

But the real question for regulators is not whether they stop the process but whether they stop Libra or any other means of payment with the characteristics of a global currency. One day the technology will be there, a worked-out plan will be there, and most important the demand is already here. Would regulators also be able to prevent properly licensed large international super-market and consumer goods chains from developing their own stablecoins? Facebook merely gives regulators a vanguard observation point for the new generation of payment systems whose time has come. These systems will possibly give rise to a future global currency which will raise questions of its own and will necessitate closer central bank cooperation countering today’s creed of trade confrontation.

Sir William Blair is a professor of financial law and ethics at Queen Mary, University of London. An ex-judge of the U.K.'s High Court, he was appointed to the International Commercial Expert Committee of the China’s Supreme People’s Court in 2018.

Professor Emilios Avgouleas is the chair in international banking law and finance at University of Edinburgh.