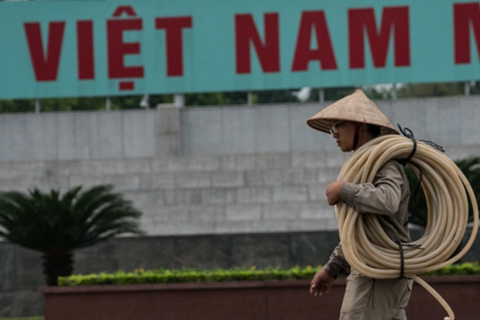 The practice of some Chinese exporters to avoid U.S. import tariffs by shipping their goods to Southeast Asian or European Union (EU) countries and then re-exporting them to the U.S. is unlikely to last long, because some countries have stepped up scrutiny on such re-exports under U.S. pressure, economists say.

Exporters in China, the world’s biggest goods trader (link in Chinese), are increasingly suffering from the ongoing trade war with the U.S., now in its 14th month. Re-exporting has become a valuable option for them to avoid the adverse impact of U.S. tariffs.

Since the beginning of this year, a trend of Chinese exporters trans-shipping goods through Southeast Asia and Europe to the U.S. has emerged, Zhong Zhengsheng, director of macroeconomic analysis at investment research firm CEBM Group Ltd., a subsidiary of Caixin Insight Group, said in a note (link in Chinese) earlier this month.

In the first seven months of this year, Chinese goods exports to the U.S. declined 7.8% from a year earlier, pushing overall export growth to only 0.6%, according to data (link in Chinese) from the General Administration of Customs. In the same period, Chinese exports to the 10 countries of the Association of Southeast Asian Nations (ASEAN) and the 28 nations in the EU rose 9.1% and 6.1% year-on-year, respectively.

In the first five months of this year, the value of Vietnamese exports to the U.S. grew 28% from a year earlier, with the increased value almost the same with that of imports from China, Shen said in an article (link in Chinese) last month. Meanwhile, its exports to, and imports from, other countries only saw small changes during the same period, he said.

However, the re-exporting practice is unlikely to last long, multiple economists said. The U.S. has long been wary of moves by other countries and regions to circumvent its tariff measures.

For example, the U.S. began last month to collect cash deposits of up to 456% on certain steel products that are manufactured in South Korea and Taiwan, then shipped to Vietnam for minor processing and finally exported to the U.S. South Korean and Taiwanese exporters relied on such re-exports to avoid the U.S.’ antidumping and countervailing duties in previous years.

Relocating production facilities out of China is another option for exporters to avoid U.S. tariffs.

After the U.S. government raised tariffs on $200 billion of Chinese goods to 25% from 10% in May, several Chinese companies that had invested in Southeast Asian countries considered increasing overseas production capacity and transferring the production of exports to the U.S. to countries like Vietnam, Thailand and Indonesia, analysts with investment bank China International Capital Corp. Ltd. said in a note released on June 10. These companies, based in Dongguan, a southern coastal city in Guangdong province noted for its large number of trade processing companies, generate more than half of their revenues from exports to the U.S.

However, “for high-tech production, most manufacturers found that China has insatiable demand and there is a piece of pie for everyone,” Khor said. They would like to keep their key activities in the Yangtze River and Pearl River deltas, “because of the proximity with upstream and downstream clients,” he said.

The Pearl River Delta area in Guangdong has well-established and competitive industrial chains in sectors such as electronics and telecommunications equipment, which are hard to move overseas, Ma Jian, head of Standard Chartered Bank (China) Ltd.’s Shenzhen branch, said at press briefing in July 2017.