Clean Heating Subsidies to Eat Up More of Northern Budgets 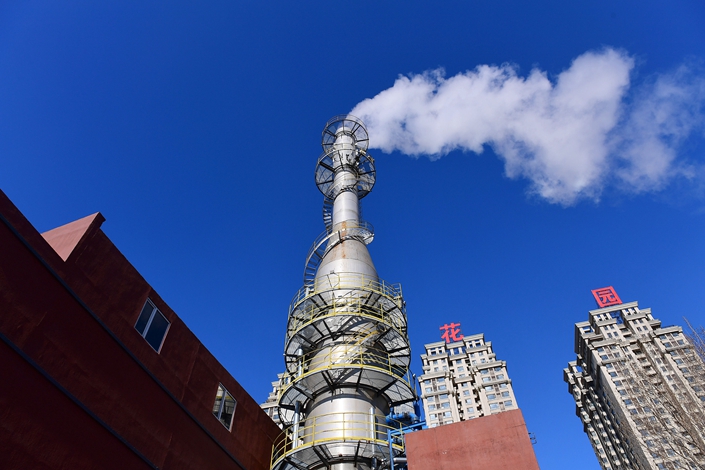 Governments in the Jing-Jin-Ji area will come under increasing pressure to maintain subsidies for clean heating, a new report shows. Photo: VCG

Government budgets across northern China are expected to come under pressure as they shell out more cash to support cleaner sources of winter heating, a new report has found.

The report looked at the 12 cities which from 2017 on were the first to pilot central government plans to clean up heating — which is a significant source of seasonal air pollution, especially in the nation’s north. It found that the cost of the subsidies would, on average, take up an extra percentage point of fiscal budgets by the time they are rolled out to all households, compared with now.

The 12 cities looked at by the report, which was funded by the China Energy Conservation Association and the National Resources Defense Council’s China Coal Consumption Cap Project, include Beijing, Tianjin, several cities in Hebei and Henan provinces, and the capitals of Shandong and Shanxi provinces.

These clean heating plans, which are now being piloted in 43 northern cities, involve banning households from burning loose coal and encouraging people to use newly-accessible liquified natural gas (LNG) or electricity instead. Using surveys and public data, the report estimated that China burned about 61 million fewer tons of loose coal in 2018, with 72% of the reduction coming from the industrial sector.

However LNG and electricity are much more expensive than coal, which is cheaply available in China’s northern coal heartland and areas nearby, so governments have pledged energy subsidies in response.

The report found that the proportion of subsidies to average annual fiscal expenditure in the 12 cities currently ranges from 0.03% to 1.46%, with an average of 0.52%. This proportion is set to increase significantly in the coming years. If all the transitions to cleaner energy sources are completed and the size of the subsidies remains the same, the report predicted the cost will range from 0.11% to 4.72%, with an average of 1.51%.

For example, in Hebei’s Baoding, over one-quarter of households have switched to cleaner heating sources since 2017 and currently the government pays out 900 million yuan ($125 million) in annual subsidies. If all of the city’s nearly 2.4 million households switch over by the end of the three-year pilot and current subsidy level is maintained, the annual cost will hit almost 3 billion yuan per year in 2020. That will account for 4.72% of the city’s public budget, assuming the budget remains at a similar size.

That will be more than the city spent on “housing security” (2.04 billion yuan), “culture, sports, and media” (690 million yuan), and “science and technology” (440 million yuan) combined in 2017, according to public records.

Spending on subsidies in Hengshui and Shijiazhuang, both also in Hebei, is set to reach 3.5% and 2.5%, respectively, of annual expenditure.

While the subsidies will put pressure on government budgets, heating costs are already weighing on people’s wallets.

At present, the per capita disposable income of the 12 cities’ rural residents ranges from 10,000 yuan to 18,000 yuan annually.

A report by local partners of the China Coal Consumption Cap Project which examined eight of the 12 cities found a third of residents were spending between 2,000 and 5,000 yuan on heating each year, even after government subsidies.

The report said that despite progress, challenges still remain in reducing the use of loose coal, particularly when it comes to subsidies. It recommended governments implement subsidy withdrawal plans dependent on residents’ income levels and energy prices.

Besides the financial cost of replacing coal, there has also been a human cost. At the end of 2017, as authorities cracked down on the use of coal before ensuring people had access to LNG, thousands of families had to secretly burn tree branches and coal briquettes to keep warm, while their newly installed gas stoves were left idle.