By Li Zengxin and David Kirton 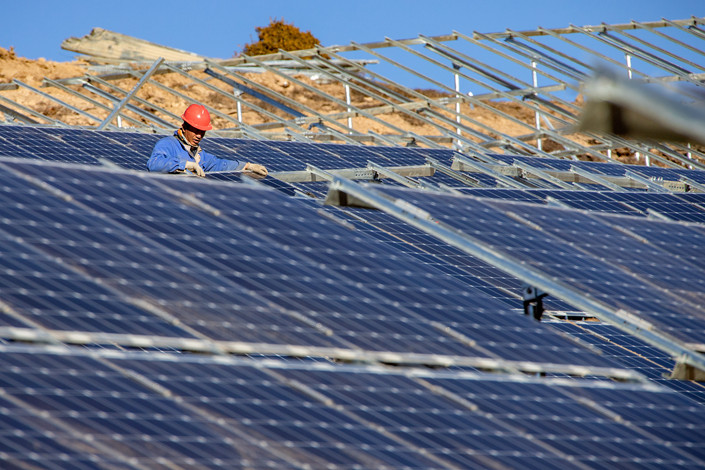 The boss of China’s energy planner touted the success of the government’s push toward greener energy last year and reaffirmed the country’s commitment to sustainable energy development while speaking at this year’s gathering of world leaders in Davos, Switzerland.

While China has a questionable record when it comes to promoting green energy abroad, the world’s biggest carbon dioxide emitter is also the world’s biggest investor in renewable energy, driven by the goal of reducing the pollution that has accompanied its unprecedented economic transformation over the last four decades.

Last year was a bright one in terms of China’s transition to greener energy, Zhang Jianhua, the director of the National Energy Administration (NEA), told an audience in Davos on Tuesday.

The government remains committed to its target of increasing nonfossil fuel energy and gas’s share of total consumption to 15% and 10% respectively by 2020, Zhang said, with the targets for both rising to 20% and 15% by 2030.

China’s gas imports have risen drastically in recent years as it looks to reduce its reliance on coal power for heating the north of the country during the winter months. Natural gas consumption increased 17% last year to 276.6 billion cubic meters (9.77 trillion cubic feet.)

China is a world leader in installed renewable energy capacity, Zhang said, with 350 gigawatts (GW) of installed hydropower, 180 GW of wind power and 170 GW of solar power. It also has roughly 58 GW of nuclear power either in operation or under construction.

The government has struggled to ensure it makes maximum use of renewables in recent years due to insufficient transmission lines, a lack of planning between central and provincial governments, and a lack of measures to ensure that surplus production in renewables-rich provinces is shared with others.