Despite Green Push at Home, Chinese Lenders Continue to Back Coal Overseas 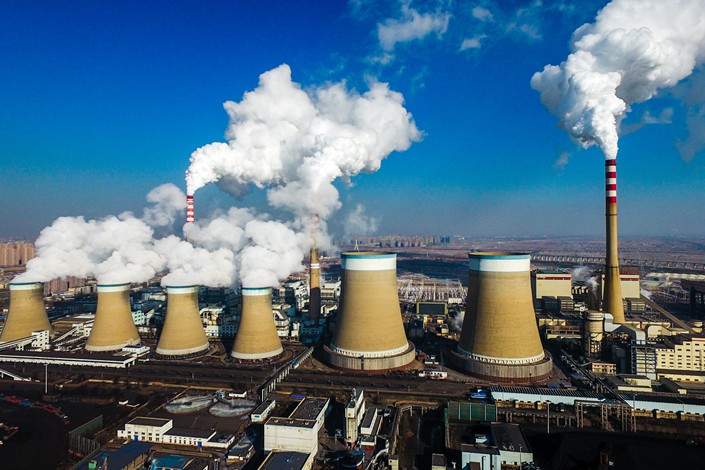 Despite pioneering the development of green technology at home, state-backed Chinese lenders are financing or are looking to finance a quarter of coal projects taking place overseas, a new report has found.

China has been key in developing green technology over the past two decades, investing more in renewable energy than the U.S. and the EU combined in 2017 as it looks to reduce air pollution from highly polluting coal power plants and reduce its carbon dioxide emissions. While ostensibly taking a greener approach at home, Beijing has been more ambivalent towards pushing green power abroad, according to a new report by think tank the Institute for Energy Economics and Financial Analysis (IEEFA)

The IEEFA found that Chinese financial institutions had committed $21.3 billion towards developing 30 gigawatts (GW) of coal-power capacity across 12 countries as of July. In the same period, Chinese institutions proposed funding a further 71GW of coal projects in 24 countries.

Taken together, the proposed and committed projects have a value of $35.9 billion across 102GW of coal projects in 27 countries. This means China is financing or looking to finance 26% of global coal-fired capacity outside of its borders, the report said.

It comes as most international institutions and funders move away from financing coal projects due to concerns over carbon dioxide emissions. The World Bank no longer has any coal projects in its portfolio of investments, while the E.U., the U.S. and most multilateral banks have been restricting or ending loans for coal projects since 2015.

While the Chinese government announced that it would restrict lending the same year, “it has yet to formally limit its investment in coal plants,” the report said.

China’s major policy banks the China Development Bank and the China Export-Import Bank are the main financiers for coal projects, the report said, followed by state-owned banks the Bank of China and the Industrial and Commercial Bank of China.

While Chinese financing is supporting $1.9 billion in projects that are under construction in Bangladesh, the country could soon become the biggest recipient of Chinese financing, the report said, with a further $5.1 billion having been proposed for coal projects. The next biggest potential recipients are Pakistan (totaling $5.9 billion) Indonesia ($5.6 billion) and Vietnam (totaling $3.6 billion).

The question of whether Beijing has a responsibility to promote green energy abroad has caused significant debate in China, particularly in relation to the Belt and Road Initiative, the country’s effort to develop transport and trade infrastructure abroad using Chinese financing and expertise.

In November Xie Zhenhua, China’s special representative on climate change affairs, said that Belt and Road projects should be built “to the most advanced standards” and should “adopt (China’s) current domestic standards for energy conservation, emission reduction, and (mitigating) climate change.

Commentators also argue that China should not tell other countries which projects they should develop. While countries might seek their own approaches, China should urge countries toward greener infrastructure so that they avoid the environmental degradation China suffered, Lin Boqiang, Dean of the China Institute for Studies in Energy Policy at Xiamen University, argued at the ‘Summer Davos’ meeting in Tianjin in September.

IEEFA’s also notes that the Belt and Road has driven $8 billion in exports of solar equipment from China, “helping China become the number one exporter of environmental goods and services.” “It makes sense for China to continue to build on its position as the global leader in renewable energy development as the world moves away from fossil fuel-based capacity,” the report adds.

“China is the world's largest investor in clean energy at home and the largest exporter of solar panels,” said Lauri Myllyvirta, a senior analyst with Greenpeace’s Global Air Pollution Unit. Yet, “Chinese financial institutions continue to finance dozens of coal-fired power plants overseas, including in countries already suffering from overcapacity,” he added.

However, Lauri also believes China can still exert a positive influence on developing clean energy. “By prioritizing clean energy projects, Chinese financiers could enable other emerging countries to avoid locking in highly polluting and economically questionable infrastructure,” he said. “To combat air pollution and climate change, there's an urgent need to follow through on the promises of ‘greening’ the Belt and Road Initiative.”