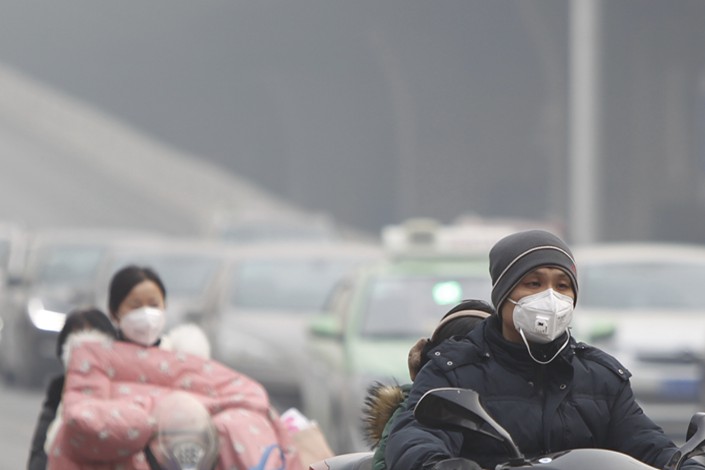 China’s Ministry of Ecology and Environment has chastised several local governments across the country over failing to clean up their acts, even as it scales back its own pollution reduction targets in the face of mounting economic pressure.

The ministry has released several damning reports of local governments in recent weeks, with Yunnan and Henan provinces and the Guangxi Zhuang autonomous region (links in Chinese) in its crosshairs on Monday.

A report said that while Yunnan has made some progress in pollution reduction, efforts have been “perfunctory,” “surface-deep” and even “falsified” in some departments. Just 15 of the province’s 173 large-scale nonferrous-metal makers met industry standards, while many smaller plants continued to expand and discharge waste, the report said.

Similarly, local governments in Henan were accused of failing to rein in air pollution, while industrial-waste dumping was criticized in the Guangxi report.

It follows a spate of criticism of local governments and their failures to reduce pollution ahead of the firing-up of heating systems across China’s northern regions in mid-November, which typically brings more-severe smog. Last week the ministry said some districts in Northwest China’s Ningxia Hui autonomous region lacked the “will” and confidence to take on pollution after Ningxia’s coal output rose in September, Reuters reported.

Yet the central government is toning down its own anti-pollution targets, even as it warns local governments not to do the same, analysts say. Last week the ministry released a notice announcing that it was targeting a 3% reduction in the levels of PM2.5 pollution — fine airborne particles particularly harmful to human health — in northern China during Oct. 1 to March 31, 2019. This is a significant reduction of targets announced in March, which called for a 30% reduction in the same period.

“The Chinese government has quietly withdrawn from a high-profile environmental commitment in the backdrop of (the) trade war, (economic) slowdown, and rising labor unrest in the heavily polluted areas,” said Ning Leng, a China Public Policy Postdoctoral Fellow at Harvard University’s Ash Center, on Twitter.

The government’s reduced ambition relates to “domestic pressures from deleveraging and slowing investment,” said Lauri Myllyvirta, a senior analyst with Greenpeace’s Global Air Pollution Unit. “The fact that the government feels forced to choose between economic goals and clean air highlights the need to speed up the energy transition away from coal and resume economic reforms that would reduce dependence on highly polluting smokestack industries.”

Air pollution has nevertheless improved this year, at least according to the ministry, with 388 surveyed cities having “good” quality air for 81% of the time this year, up 1.3 percentage points from the same period a year earlier.