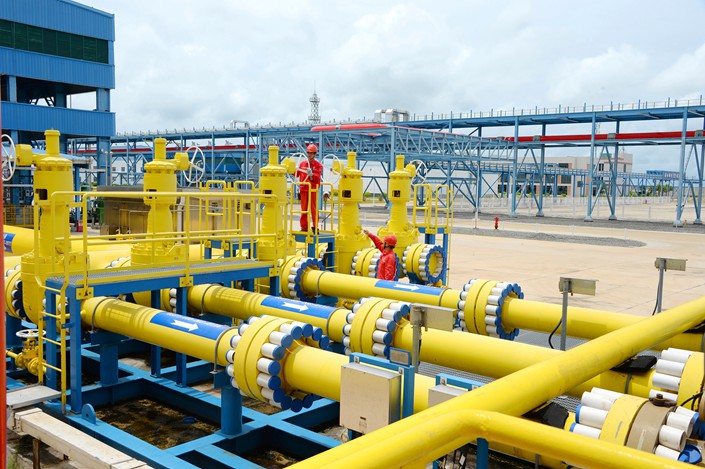 The increase comes as the government pushes ahead with its efforts to boost natural gas’s share of the country’s energy mix in order to reduce reliance on highly polluting coal, particularly for heating the country’s north during the winter months.

China has increasingly turned to overseas suppliers to meet its growing gas demand, with import volume rising to 125.4 billion cubic meters, up 30 billion cubic meters from a year earlier, the CNPC Research Institute of Economics and Technology said in a report this week. The institute is affiliated with state-owned energy giant China National Petroleum Corp.

While China is striving to increase its own domestic gas production and sits atop vast supplies of recoverable shale gas reserves, it is nevertheless increasingly reliant on foreign imports to meet its needs, with imports accounting for 45.3% of its gas consumption, a rise of 6.3% from a year earlier.

China surpassed Japan as the world’s biggest gas importer in June, with consumption set to continue rising to more than 300 billion cubic meters in 2019, the report said. As with this year, the government’s push to move away from coal is likely to continue the drive, particularly as local governments are pushed to install gas heating systems in homes in rural areas of the country’s north.

While the U.S. is rapidly developing its ability to convert shale gas into LNG, the country so far has failed to take advantage of China’s demand largely due to ongoing tensions, the report said. The U.S. accounted for just 4% of China’s LNG imports, while Australia was China’s biggest sources of LNG with 42%, followed by Qatar and Indonesia.