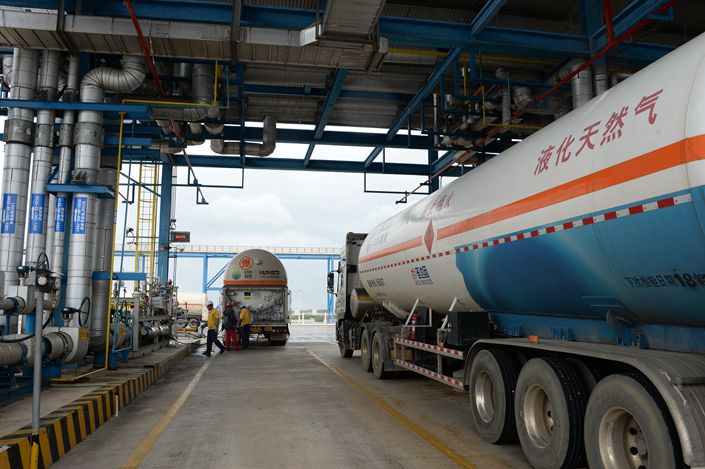 The terminal received 93,000 metric tons (102,500 tons) of LNG from Qatar on Aug. 1, according to a company news release (link in Chinese). Its gas imports will “help to meet the demand for a safe and stable supply of natural gas in the Pearl Delta region” but will also provide up to 17 million cubic meters (600 million cubic feet) of gas to be pumped northward during the winter, the statement said.

China has increased its LNG consumption substantially in recent years as it looks to reduce the environmental damage caused by its current heavy reliance on coal for power generation.

Last year, LNG consumption rose by 46% to 38.13 million metric tons, allowing China to surge past South Korea to become the world’s second-largest LNG importer after Japan. The rise correlates with China’s increased consumption of gas (into which LNG transforms when warmed), which rose by 17.5% year-on-year in the first half of 2018 to 134.8 billion cubic meters.

CNOOC already accounts for over half of China’s total LNG processing capacity with its nine LNG terminal across the country, according to the statement. It also plans to build more terminals in coastal Fujian, Jiangsu and Zhejiang provinces while beefing up its capacity in the northern port city of Tianjin.

Policy developments suggest that LNG is set to become even more important to China’s energy mix.

Last month, North China’s Hebei province, home to 74 million people, released its plan to replace coal with gas and electricity for the purpose of winter heating. In rural parts of the province, coal burned in people’s homes is one of the main sources of winter air pollution. To combat this, the Hebei government aims to replace coal furnaces with gas heaters in 1.45 million households and to connect another 319,000 households to the central power grid so they can use electric heaters.