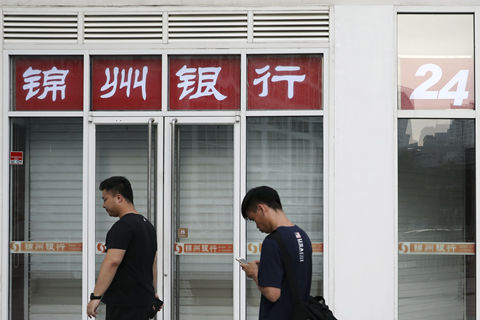 Bank of Jinzhou is reporting total net losses of 5.4 billion yuan ($752.7 million) in 2018 and the first half of 2019, spelling more bad news for the embattled regional lender.

The Hong Kong-listed bank’s board also announced a plan on Sunday to cancel the dividends of offshore preference shares from October 2018 to October 2019, citing capital adequacy ratios that failed to meet regulatory requirements at the end of last year.

The trading of its shares, which was suspended at the beginning of April after it failed to publish a 2018 annual report, resumed Monday. The share price closed down 8.6% at HK$6.4 ($0.8) on Monday from HK$7 on March 29.

Concerns have mounted since the suspension. Its auditors resigned at the end of May, citing inconsistencies in its 2018 financial statements that had made it impossible to complete the auditing process.