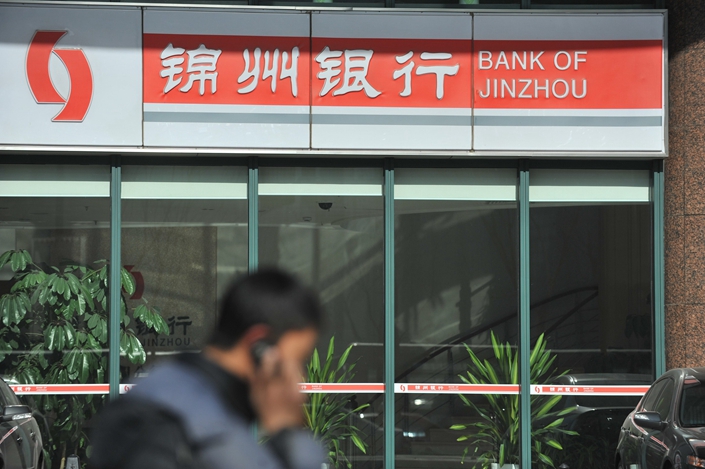 The vast restructuring effort continues at Bank of Jinzhou Co. Ltd., with the embattled small lender taking on a senior manager from state-owned Industrial and Commercial Bank of China Ltd. (ICBC) as its new president.

Guo Wenfeng, currently a vice president of ICBC’s provincial branch in Northeast China’s Liaoning province, will begin his new role as soon as the change wins regulatory approval, according to a Friday filing to the Hong Kong Stock Exchange. Bank of Jinzhou’s current president, Liu Hong, has tendered her resignation “due to personal health reasons,” the filing said.

The appointment came less than a week after ICBC announced that it will invest as much as 3 billion yuan ($435.2 million) in Bank of Jinzhou through a subsidiary in exchange for a 10.82% stake in the privately owned bank. The investment would make ICBC the largest shareholder of the Liaoning-based lender. ICBC is the world’s largest bank by revenue.

Bank of Jinzhou’s restructuring is another case of the government trying to save a small bank with deep financial problems. In May, China’s central bank and banking regulator took over Baoshang Bank Co. Ltd. Analysts from Moody’s Investor Services said the restructuring shows that authorities are trying to prevent “potential contagion from failing regional banks.”

Concerns over Bank of Jinzhou’s finances have mounted since its Hong Kong-listed shares were suspended in April after it failed to publish a 2018 annual report. The bank’s auditors resigned at the end of May, citing inconsistencies in the bank’s 2018 financial statements that had made it impossible to complete the audit.

The ICBC subsidiary is one of the three state-owned investors that are trying to lift Bank of Jinzhou out of trouble. Two of China’s biggest asset management companies (AMCs), China Cinda Asset Management Co. Ltd. and China Great Wall Asset Management Co. Ltd. have also announced plans to buy shares from some of Bank of Jinzhou’s stakeholders. Cinda will conduct the investment through a subsidiary. Sources familiar with the case said the three investors are expected to end up holding a combined 25% of the bank’s shares.

Stakeholders of Bank of Jinzhou, including China Enterprise Development Investment (Beijing) Co. Ltd., were transferring part of their holdings to the three new investors “under the support and guidance of the local government and financial supervising authorities,” the bank said in a July 28 filing.

Caixin has learned that ICBC and Cinda plan to install five senior managers at Bank of Jinzhou: the board chairman, president, two vice presidents and chief financial officer.

Additionally, Zhang Tao, head of the People’s Bank of China’s branch in the Liaoning city of Anshan, will become one of Bank of Jinzhou’s deputy Communist Party chiefs.

Bank of Jinzhou’s troubles are, to some extent, caused by its financially troubled large shareholders. The parent company of its largest shareholder, Rongcheng Hawtai Automobile Co. Ltd., is Beijing-based private carmaker Hawtai Motor Group Ltd. Hawtai Motor recently made the news when it failed to repay investors who had opted for early redemption on a 1 billion yuan bond issue and were due to be paid on July 29.