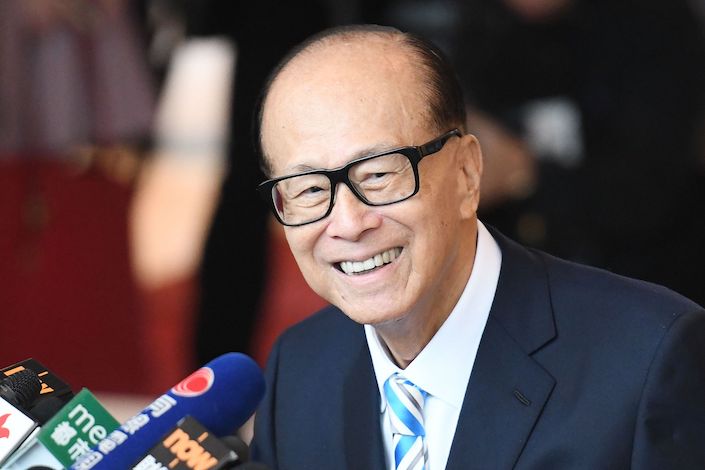 Li Ka-shing, Hong Kong’s richest man, called Sunday for reconciliation between the government and protesters to end the months-long social unrest which he described as Hong Kong’s “worst crisis since World War II.”

“We hope the young people can take the big picture into consideration,” the 91-year-old billionaire said during a Buddhists gathering at the Tsz Shan Monastery in Tai Po to pray for Hong Kong. “And those in power can have mercy to the masters of our future.”

It was the first time Li spoke publicly on the unrest. Last month, he paid for full-page advertisements in several local newspapers calling for an end to violence.

The billionaire’s comments on politics are closely watched, even since he announced last year he would step down as chairman of his business empire, CK Hutchison Holdings Ltd.

“In political issues, both sides should try to put their feet in another’s shoes, then many of the big troubles can be reduced into small ones,” Li said. “I hope for Hong Kong peace.”

The protests against a proposed bill that would allow extradition to several jurisdictions — including the Chinese mainland — started in early June as peaceful rallies but evolved into violent clashes between police and protestors.

Hong Kong Chief Executive Carrie Lam said last week she would formally withdraw the controversial bill that sparked the protests. But the government’s move has yet to pacify protesters, and demonstrators again clashed with police on Saturday.

The massive protests have dealt "long-lasting" damage to the international image of its governance system and rule of law, calling the stability of its business environment into question, said Fitch.

Wu Gang contributed to the story