By Qin Jie and Han Wei 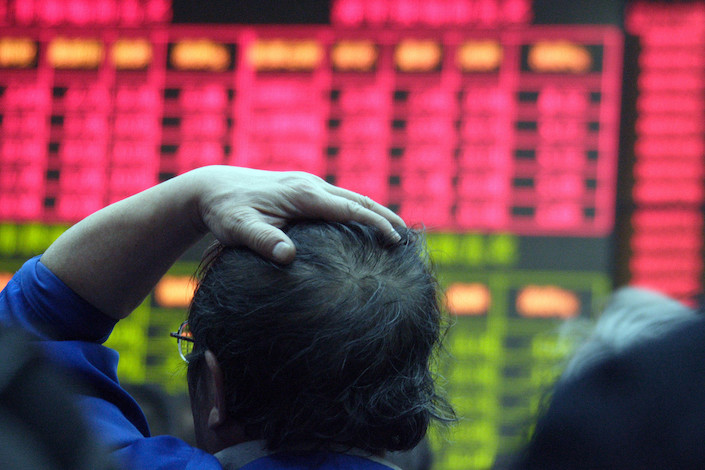 Xian Yan was one of the highest-profile individual investors targeted by regulators as China cracks down on financial market fraud and other violations. Photo: VCG

A Shanghai court Tuesday imposed a five-year jail term and an 11.8 million yuan ($1.66 million) fine on Xian Yan, once a star stock market investor, for criminal charges, closing the curtain on one of China’s most notorious financial market violation cases.

Xian, a lawyer-turned-investor, was convicted of crimes including stock market manipulation and breach of trust to damage listed companies’ interests, according to a verdict released by the Shanghai No.1 Intermediate People's Court Tuesday.

According to the verdict, Xian used his power in Shanghai Duolun to falsify property development contracts and repeatedly embezzled company funds totaling 120 million yuan for his personal accounts. About 23.6 million yuan was used to invest in the stock market and in wealth management products.

Xian also renamed Shanghai Duolun in 2015 as P2P Financial to take advantage of the market frenzy for the peer-to-peer lending business without proper disclosure, a move that misled investors. Xian traded Shanghai Duolun’s shares extensively around the time of the name change, making profits from the following price rise.

A lawyer at the Beijing Tianyi Law Firm since 2011, Xian became the controlling shareholder of Shanghai Duolun in 2012 after acquiring an 11.75% stake in the company for 340 million yuan. He became the company’s chairman the next year.

Since then, Xian and Shanghai Duolun frequently showed up on regulators’ radar, mostly for alleged violations of information disclosure rules. But he confronted regulators skillfully with his extensive legal expertise, people familiar with him said.

In 2017, China’s securities regulator fined Xian more than 3.48 billion yuan ($505.4 million) and barred him for life from the securities industry for violating information-disclosure rules regarding the transfer of controlling equity stakes and changes of Shanghai Duolun’s name and business profile, as well as manipulating the share price. The penalty is one of the most severe civil punishments the regulator has meted out to an individual.

“Cheating is not uncommon in the Chinese market,” a regulator told Caixin in an earlier interview, “but there’s only a once-in-a-lifetime chance to see someone like Xian Yan, who on one hand does careful calculations to get what he wants, and on the other hand is presumptuous and as bold as brass.”

An official at the China Securities Regulatory Commission (CSRC) told Caixin that Xian at the time accepted the penalty and made a confession to the commission. But he didn’t pay the fine as required.

Xian was later sued by prosecutors for market manipulation and breach of trust. The Shanghai court heard the case in July 2018, pending the verdict. During the court hearing, Xian denied the charges but apologized to the securities regulator and said he would respect the court’s decision. It is unclear whether Xian will appeal.

Xian was one of the highest-profile individual investors targeted by the CSRC over the past few years as China cracks down on fraud and other violations of securities-market rules in an effort to protect millions of small retail investors. Xu Xiang, a former hedge fund manager widely known in China as “Hedge Fund Brother No. 1,” was convicted in January 2017. Xu was fined 11 billion yuan, the highest-ever fine for an individual committing a financial crime in China. He was also sentenced to five and a half years in prison.