Ken Fisher: What You — and Central Bankers — Need to Know About America’s Inverted Yield Curve 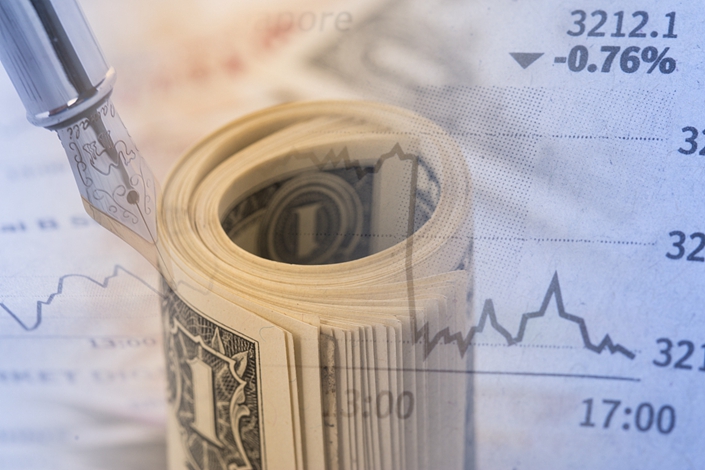 Will Western pundits ever learn? They still think America’s slightly inverted yield curve — when short-term Treasury yields top long — means recession is imminent. To fix it, everyone thinks the U.S. Federal Reserve must cut rates. Wrong on both counts. While I’m all for a steeper U.S. curve, rate cuts aren’t the way to get it. They — and thus China — would get a bigger bang by dumping all the bonds bought during “quantitative easing” (QE).

In market economies, theory correctly holds that because banks pay short-term interest rates to get funding, charge long-term rates on lending and profit off the spread between the two, when short rates exceed long, you may eventually get a credit crunch and recession. The yield curve is one indication of this. But it isn’t perfect, because it uses government bond interest rates. Those influence — but don’t match — the rates banks pay and charge in the open market. Unlike the People’s Bank of China (PBOC), the Fed doesn’t cap banks’ deposit and loan rates. Those are determined by market factors — supply and demand.

Today, U.S. banks have more deposit funding than they know what to do with. To them, money is dirt cheap. As I write, the Fed sets its benchmark overnight rate between 2% and 2.25%. The three-month U.S. Treasury yield — a key measure of “risk-free” short-term funding — is 1.96%. Yet the average rate on American savings accounts, according to the U.S. Federal Deposit Insurance Corporation, is just 0.09%. Meanwhile, 10-year and 30-year U.S. Treasury yields are 1.63% and 2.11%, respectively. But banks’ average prime loan rate is 5.25%. The average 30-year mortgage rate is 3.49%. Overall and on average, for U.S. banks, profits are juicy. Adding fuel, banks can arbitrage negative short-term rates in Europe to lend in America for even fatter profits. Credit keeps flowing. Continued growth in the world’s largest economy — still a big export destination for China — should help prevent the long-dreaded-yet-unseen Chinese hard landing.

But, yes, the world would be better off if America’s yield curve flipped positive and got nice and steep. It would help sentiment also, restoring this bull market’s earlier animal spirits. Yet cutting rates isn’t the best way to do it. Not when U.S. banks are already borrowing for next to nothing. Even when the Fed had overnight rates near zero for this bull market’s first several years, growth wasn’t gangbusters. Europe and Japan have negative overnight rates. They’re growing even slower than America. Banks hate negative rates. Japan’s banks have complained bitterly for years. Swiss and Danish banks are now charging some customers for deposits. German banks are considering that also.

The best answer is for central banks to get over their obsession with low long-term interest rates. Low long rates are the problem, not the solution. They are the reason the yield curve inverted. Not because the Fed jacked up short rates, but because long rates plummeted globally. The U.S. 30-year yield is just above 2%. Japanese yields are negative through 15 years. Germany’s entire yield curve is negative. Yet these cheap rates aren’t spurring massive lending. Global money supply growth — driven by lending — has overall decelerated since 2012. Money supply is economic growth’s linchpin. That’s why Chinese officials’ use of loan quotas and reserve requirements has such a powerful influence China’s economy.

If low long-term rates were the answer, U.S. loan growth should have zoomed during QE, when the Fed lowered long rates by buying long-term bonds and mortgage-backed securities. Instead, lending crawled, accelerating only when the Fed slowed bond buying. What central bankers didn’t understand then (still don’t) is that if a business can’t launch a project profitably at long rates 1% higher than today’s — where they were a year ago — then it probably wasn’t worth doing. The margins are too thin. Any CEO who thought otherwise should be fired.

Presuming lower long rates will help is to presume the problem is weak loan demand. But the real issue is supply — has been throughout this bull market. The most creditworthy borrowers have no trouble getting loans they don’t need. But shakier borrowers have a harder time. That keeps money from flowing freely to many small businesses — not unlike the issues the PBOC has been trying to address in China. Chinese officials know the secret to boosting growth is to increase the supply of credit available to small firms that want to use it to grow fast. If only the Fed weren’t blind to this.

The Fed can’t boost lending to small businesses with targeted programs and directives, as the PBOC does. But they can get the same result if they let long rates rise, making loan profits worth the higher risk of lending to iffier borrowers. Selling QE assets is the easiest way to do that. Not at slow pace the Fed used until last month’s halt — that barely rippled long rates. I mean a quick complete disgorgement.

Think how great it would be if all developed world central banks did this! The ECB, Bank of England, Bank of Japan and even some Scandinavian central banks combined for massive amounts of QE. They still hold trillions of dollars in long-term assets. Sell it all! Instead of jawboning about restarting QE, Mario Draghi and the ECB should hop on the bond-sales train. That’s the legacy they should hand incoming ECB head Christine Lagarde — monetary sanity. The Bank of England and Bank of Japan should join in too! Bring central bank balance sheets back to normal, let long rates rise. They wouldn’t soar, because we don’t have much inflation. But they’d rise enough to re-steepen yield curves globally.

The result would be pure magic. Free-flowing money would boost business investment in America, Europe and Japan, where corporate capex has struggled. Long-shelved projects would finally get greenlit. The global economy would speed up. Demand for Chinese goods would zoom. That powerful external force would complement your recent fiscal and monetary stimulus efforts, staunching the domestic slowdown. Stocks would love it, within China and globally.

That is what Western central banks should do. Will they? Probably not. They’ll probably cut rates some more. Maybe they’ll do enough to steepen the yield curve. Maybe not. Either way, developed world economies should still be growing markets for Chinese products. Think globally, and you’ll see plenty of opportunities for banks to arbitrage lower rates from Europe and Japan into higher rate economies, like America. These opportunities make yield curve fears another brick in the global bull market’s wall of worry.