By Guo Yingzhe and Hu Yue 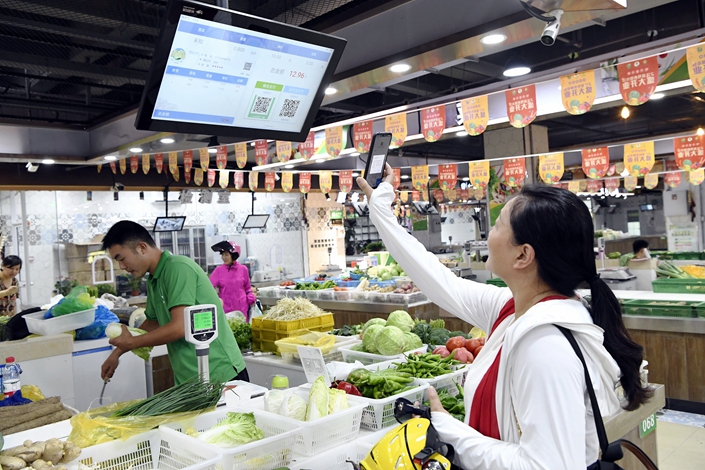 China’s consumer finance industry could grow rapidly over the next five years thanks to the large proportion of people who lack access to consumer credit, a government-backed think tank said in a new report.

The report highlights the potential of a multi-trillion-yuan industry, which has been a breeding ground for financial risk thanks in part to the boom in internet financial platforms that provide easy access to credit.

Commercial banks as well as licensed consumer finance firms and online microlending platforms all offer consumer loans. Online microlending firms, including the platforms run by internet giants JD.com Inc. and Alibaba Group Holding Ltd.’s affiliate Ant Financial Services Group, benefit people who have difficulty getting approved for bank loans, though the majority of consumer lending is made by the commercial banks.

Consumer borrowing has exploded over the past five years, though the pace of growth has been uneven. Outstanding consumer loans increased from 15.7 trillion yuan ($2.22 trillion) at the beginning of 2015 to 40.8 trillion yuan this month, according to the report, which cited data from the central bank. The growth of short-term consumer loans soared before 2017, but has slowed over the past two years as financial regulators have sought to clamp down on illicit online lending.

There are risks to the rapid growth in consumer lending. For example, many people have borrowed from multiple lending platforms, the report said.

That makes it difficult to for any individual platform to fully grasp a borrower’s entire credit history, increasing the chances that it will make a loan to someone who won’t be able to pay it back.

The report noted that some borrowers also take out loans from one platform to repay loans from another, creating mounting credit risks.

The report also expressed concern about how some borrowers were misusing short-term consumer loans to help make down payments on homes or to speculate on financial markets.

The report predicted that supervision over consumer lending would improve. It also suggested that more data be included in the credit reporting system to prevent borrowers from taking out excessive loans from multiple lenders.