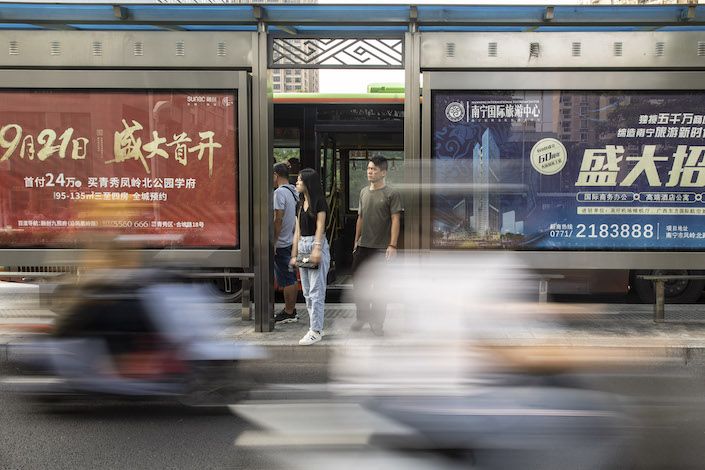 (Bloomberg) —For all the efforts to make China’s bonds more accessible to foreigners this year, some global funds are reluctant to own them.

Active money managers like Amundi and BlueBay are cautious on China’s government debt amid concern over liquidity, capital controls and hedging. While foreigners own just a tiny fraction of the world’s second-largest bond market, their opinion may soon hold a little more weight as FTSE Russell is expected to include the bonds in its flagship index.

China recently scrapped investment limits for foreigners as it seeks to encourage more inflows into its capital markets and increase the yuan’s global use. Bloomberg Barclays started a phased inclusion of some Chinese sovereign debt into its benchmark indexes in April, while JPMorgan Chase & Co. said it will do so starting in February. FTSE Russell will announce its decision Friday morning Hong Kong time.

“The whole Chinese system is still very opaque,” said Paresh Upadhyaya, a portfolio manager at Amundi Pioneer Asset Management. “It’s also not as easy as it is to go buy JGBs or bunds or Treasurys. There’s going to be a degree of reluctance by investors to fully allocate to the China market.”

Thin liquidity — commercial banks that dominate China’s fixed-income market tend to buy and hold bonds rather than trade — and a shortage of hedging choices are deterrents. Controls on outflows also mean foreigners face difficulty withdrawing cash. Even as the central bank has signaled a preference for a steady yuan, concerns about potential outsized moves in the currency linger.

While international investors have increased their holdings to 2 trillion yuan ($284 billion) as of August, that’s just 2% of China’s 94 trillion yuan market. Foreigners bought around 100 million yuan of Chinese bonds last month, compared with 62 billion yuan in July. The amount was the least since February when they were net sellers.

China’s 10-year government bond yield has traded near 3.1% over the past month as the central bank refrained from aggressive stimulus despite slowing economic growth. Worries about credit risks and increasing supply of special government notes have also weighed on sentiment. The yield was little changed at 3.12% on Wednesday.

Not all overseas bond buyers are staying away. China’s large economy and the depth of its debt market make it more comparable to a developed market than an emerging market, according to Invesco Ltd.’s Rob Waldner. When compared with Group-of-10 bond markets, Chinese debt looks very attractive, he said.

“We’re not in any hurry to get to market weight,” he said. “What I would like to see is continued steady measures to liberalize the capital account so that we would have a more convertible renminbi, and we’re not there yet.”