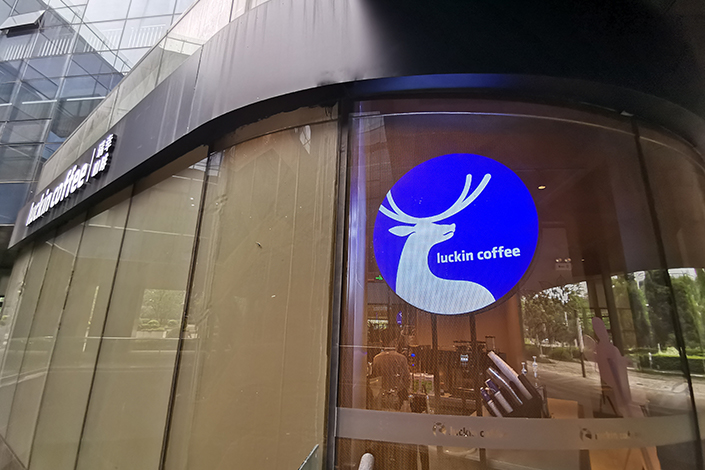 Chinese coffee chain Luckin Coffee is pushing into the fruit juice market by setting up a joint venture with world's leading commodities trader Louis Dreyfus Company (LDC) in a move to fuel its battle with Starbucks Corp.

The venture will develop a co-branded juice business in China, focusing on not from concentrate (NFC) orange, lemon and apple juices, the companies said in a statement. A signing ceremony for the partnership was held Thursday in Singapore.

The partnership will cover juice production and distribution and plans to build a bottling plant in the future, according to the statement.

“China is the fastest-growing NFC market globally and, together, Luckin and LDC see a significant opportunity to offer high-quality, sustainably developed NFC juices to the Chinese consumer,” Guo Jiny, Luckin Coffee senior vice president and co-founder, said in the statement.

New York-listed Luckin, which originally focused on take-out coffee, is stepping up efforts to expand its product categories to win more market share from Starbucks. Earlier this month, Luckin said it would open separate stores to sell tea drinks across the country.

Luckin Coffee has opened nearly 3,000 coffee shops in China and targets 4,500 by year end to surpass Starbucks. But the fast-growing upstart is still bleeding money. Last month, it reported substantial losses in its first quarterly report since its IPO.