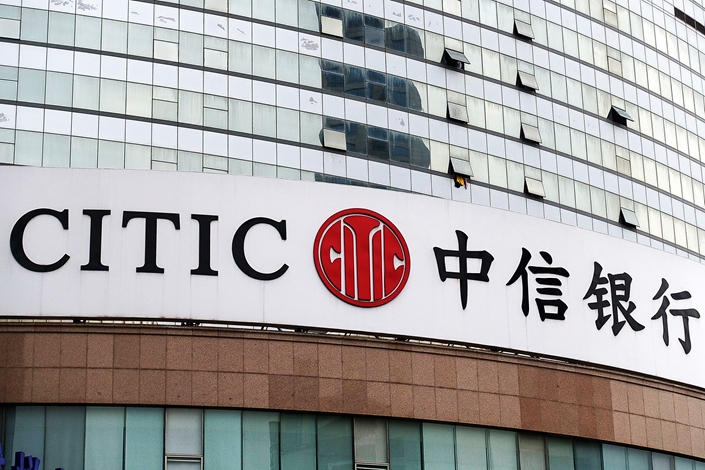 After being appointed CNCBI’s president and CEO in September 2018, Bi last month received the green light from the China Banking and Insurance Regulatory Commission to serve as chairman of its CNCBI mainland subsidiary, according to a document (link in Chinese) released recently by the watchdog.

CNCBI is a subsidiary of Hong Kong-listed China Citic Bank Corp. Ltd., which in turn is under state-owned conglomerate Citic Group Corp.

Citic Bank has faced controversy as Sun Deshun, a former president who fell under official investigation last month, resigned in February and later stepped down from his role as CNCBI chairman.

The probe into Sun might have something to do with a criminal case involving one of Citic Group’s asset management subsidiaries, sources told Caixin.

It’s unclear when exactly Sun left his chairman post, but according to CNCBI’s interim report this year, the bank’s new chairman is Fang Heying, who is also executive director and president of Citic Bank.

Bi has over 20 years of experience in the finance industry with about half of that time spent at various management positions in Canada, the U.S. and the U.K., according to CNCBI’s website. He started his banking career with the state-owned Industrial and Commercial Bank of China, and has since served as managing director of CICC Capital Management Co. Ltd., a subsidiary of China International Capital, the website says.

Bi obtained his undergraduate and postgraduate degrees from Tsinghua University and subsequently a doctorate in finance from Renmin University of China.

The bank recorded about HK$4.2 billion in operating income at the end of June, down about 2.6% year-on-year, the report showed. Its profit attributable to shareholders shrank about 7.7% year-on-year to HK$1.5 billion.