By Wu Xiaomeng and Liu Jiefei 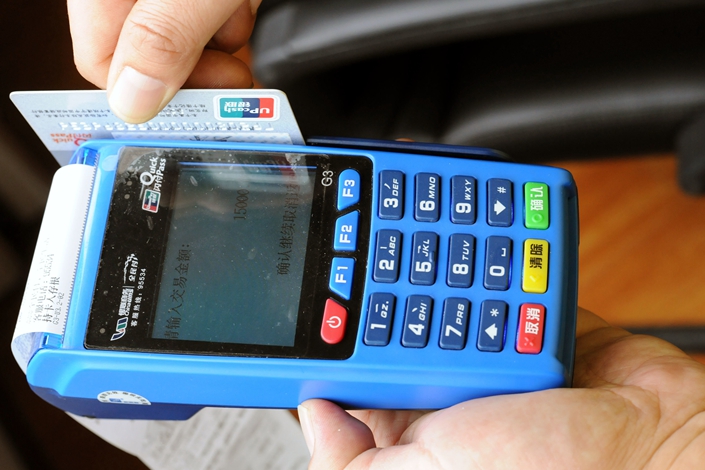 China’s banking watchdog will crack down on aggressive credit card marketing to vulnerable groups — including college students — as it tightens the screws on consumer finance.

Some banks have aggressively promoted credit cards to low-income people and high-risk clients, the China Banking and Insurance Regulatory Commission (CBIRC) said in a notice (link in Chinese) Thursday.

This includes banks targeting college students who generally do not have the means to repay their loans, failing to police credit limits once people are signed up, and extending excessive credit to clients who are already indebted to other lenders.

Banks started issuing credit cards to college students in 2003, but the China Banking Regulatory Commission (CBRC) — which in 2018 merged with China’s insurance regulator to become the CBIRC — banned the practice in July 2009 amid surging bad loans that were impacting the credit of students.

The Hubei branch of the CBIRC said last month that it would urge banks to lend between 8 billion yuan ($1.13 billion) and 10 billion yuan to college students in the central province, which would amount to around 5,000 yuan per student, in a bid to crowd out loan sharks. A staffer with China Construction Bank Corp., who asked not to be named because she was not authorized to speak to the press, complained that this was an unreasonable request because there’s no proper risk prevention system in place.

“Consumer finance can be easily stimulated by over-marketing,” Liu Chengqing, executive director of research institute the Chinese Academy of Financial Inclusion, previously told Caixin. “China is counting on consumption to drive economic growth, but relying on overspending by low-income groups could be dangerous.”