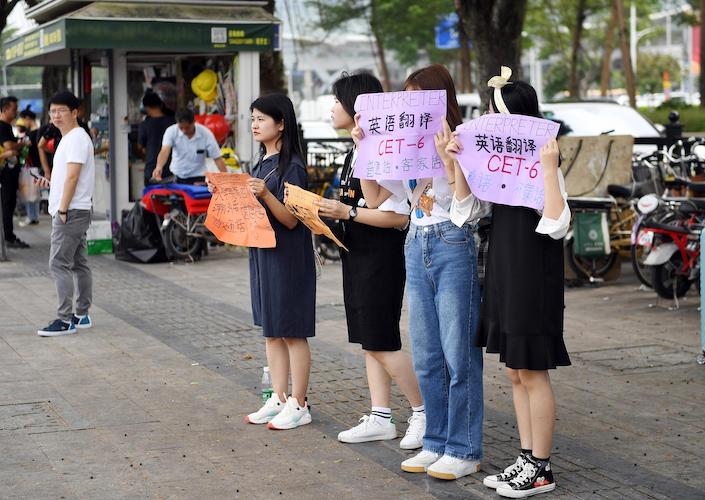 China’s biggest twice-yearly trade fair, known as the Canton Fair, is scheduled to open Tuesday, but organizers expect “greater pressure” on expected attendance amid a slower global economy and a prolonged trade war with the U.S.

The China Import and Export Fair, held every spring and fall in the southern city Guangzhou, is widely seen as a barometer of China’s foreign trade.

Based on registration, hotel and flight reservation data, the number of buyers coming to the fall session of this year’s Canton Fair is expected to be under pressure, said Xu Bing, spokesperson of the Canton Fair and deputy director general of the China Foreign Trade Centre, organizer of the fair.

Xu didn’t disclose how many potential buyers have registered, but a declining trend appeared in the spring fair in April. The number of buyers attending the spring fair fell 3.9% from a year earlier to 195,500, organizers said. Before the trade conflict with the U.S., the spring fair in 2018 attracted more than 200,000 buyers from all over the world.

Lackluster demand at the Canton Fair has already been reflected in China’s exports and imports. Exports declined 3.2% year-on-year to $218.1 billion last month, after a 1% drop in August, according to data released Monday by the General Administration of Customs. Imports dropped 8.5% to $178.5 billion year-on-year, after a 5.6% decline in August.

The main contributor to the September decline in China’s outbound shipments was exports to the U.S., which were significantly hurt by higher tariffs. China’s exports to the U.S. declined by more than 10% during the first nine months this year, customs data shows.

Even though the most recent round of trade talks last week made significant progress, with the U.S. agreeing to call off a hike in tariffs on $250 billion of Chinese goods to 30% from 25% scheduled to take effective Tuesday, the final negotiations still face uncertainty.

U.S. Treasury Secretary Steven Mnuchin said Monday that an additional round of tariff increases on Chinese imports is still likely to be imposed if a trade deal with China has not been reached by a December deadline.

One bright spot in the trade fair is the enthusiasm from countries and regions taking part in the massive China-led Belt and Road Initiative. Buyers from countries that are involved in the infrastructure projects accounted for more than 40% of the total in recent fairs, and the number is rising every year, Xu said.

The spring fair this year attracted more than 88,000 buyers from Belt and Road countries, up 0.5% from last April. They ordered $10.63 billion of Chinese goods, accounting for 35.8% of the fair’s total orders.