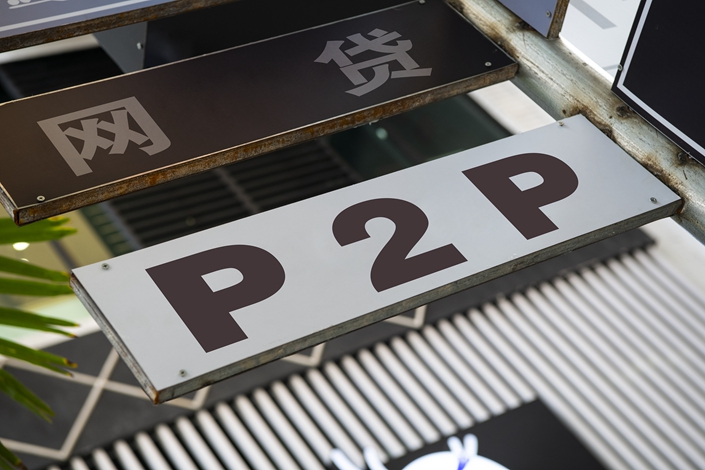 Hunan province has banned all P2P lending in its jurisdiction. Photo: VCG

Financial watchdogs in central Hunan province have decided to ban all peer-to-peer (P2P) lending after a three-year clean-up of the sector ordered by the central government failed to find a single company operating in the region that complied with regulations and passed their scrutiny.

The decision affects lenders registered in the province — including the 24 who made it onto the authorities’ final inspection list — and platforms who operate there but are registered in other regions, the Hunan financial supervision administration said in a statement (link in Chinese) on Wednesday.

The People’s Bank of China and other financial regulators have been waging a war to tame the P2P lending industry since 2016 after a series of scandals and fraud left millions of investors who had lent money through the platforms nursing heavy losses. The scale of the problem also exposed shortcomings in the regulatory system, which critics said was too lax.

As part of efforts to clean up the sector, regulators decided to put in place a national registration system as part of a monitoring framework, although it has yet to be officially rolled out. Caixin reported in April that a pilot program would begin in the second half of 2019.

Supervision of P2P lenders is the responsibility of provinces where the platforms are registered. Each region was told to draw up a list of companies that were in full compliance of regulations and guidelines set by the China Banking and Insurance Regulatory Commission (CBIRC) and passed other checks set by the government. Companies who passed muster would then be put on the national registration system.

Hunan banned (link in Chinese) 53 P2P platforms in 2018 as part of its scrutiny, leaving a shortlist of 24. In its Wednesday statement, the administration said some of those lenders failed to comply with nationwide guidelines, and others — including platforms registered in other provinces that also operate in Hunan — didn’t make the grade.

“Not a single platform has completely complied with rules nor passed our checks since 2016 when we started to crack down on the P2P industry in the province,” the administration said.

The P2P industry began to flourish on the Chinese mainland in 2011 as part of a policy to encourage credit to flow to small businesses and individuals that were poorly served by traditional banks. At its peak in late 2015, China had more than 3,600 platforms operating across the country, according to Wandaizhijia, an internet portal that tracks the sector.

However, authorities started to tighten their grip on the industry in 2016, aimed at lowering financial risk and protecting mom and pop investors lured by the platforms’ promises of higher interest rates. As a result, the number of functioning P2P platforms has fallen dramatically and stood at around 650 at the end of September, down from 3,608 in November 2015, according to data (link in Chinese) compiled by Wangdaizhijia.

As regulatory oversight has intensified, some of the biggest players are restructuring or considering pulling out of the industry altogether. Lufax Holding Ltd., which is controlled by insurance giant Ping An Insurance (Group) Co. of China Ltd., is reported to be preparing to ditch its P2P lending business, while another large player, Dianrong, has said it’s planning a shift in strategy to focus on cooperating with traditional financial institutions rather than individual investors as the government tightens funding regulations.