Shanghai Executives of Ping An Bank Targeted in Graft Probe 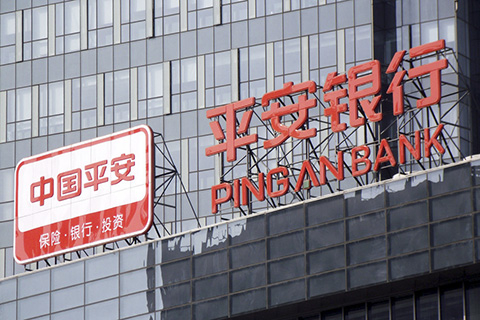 Several banking executives have been targeted in an ongoing corruption probe as graft busters continue rooting out lapses in the industry and trace clues that emerged during the investigation of former securities chief Liu Shiyu, Caixin learned.

Leng Peidong, the chief of the Shanghai branch of Ping An Bank, came under investigation shortly after the National Day holiday ended Oct. 8, people familiar with the matter told Caixin. Leng is also the assistant to the president of Ping An Bank, which is controlled by Ping An Insurance, China’s largest insurer by market value.

Leng joined Ping An Bank in 2007 and became the Shanghai branch chief in late 2006. He is among the promising executives in the Ping An conglomerate, people close to the bank said.

Leng’s predecessor, Yang Hua, is also under investigation. Yang, 50, was removed by the bank from the post of Shanghai chief in 2017.

Separately, Wang Tao, the Suzhou branch head of China Guangfa Bank, has been unreachable recently because of investigations, people close to the matter told Caixin.

Liu, head of the CSRC between February 2016 and January 2019, was removed from an administrative post after a five-month graft investigation, according to China’s top anti-corruption watchdog earlier this month. He was punished for using his position and power to seek personal gains for others, violating rules on official appointments, helping relatives to illegally purchase properties and accepting gifts and money, according to the Central Commission for Discipline Inspection (CCDI).

However, Liu received a lenient penalty and retained his Communist Party membership on probation for two years, reflecting his cooperation and assistance in the investigation, the watchdog said.

“Although Liu’s case has been closed, investigations of other cases linked to him will continue,” a person with knowledge said. The source declined to be named as the discussions were private.

The probes of Leng, Yang and Wang followed the case of Gu Guoming, former Shanghai chief of the Industrial and Commercial Bank of China Ltd. (ICBC). Caixin reported earlier that Gu and one of his subordinates were placed under investigation in June for arranging illicit wealth management investment deals involving an affiliate of Liu, according to multiple sources.

The series of investigations fueled concerns over Shanghai’s banking sector amid Beijing’s broader efforts to crack down on irregularities in the financial industry. Ping An Bank’s Shenzhen-listed shares fell as much as 1.4% Thursday afternoon before closing 0.54% lower at 16.7 yuan.