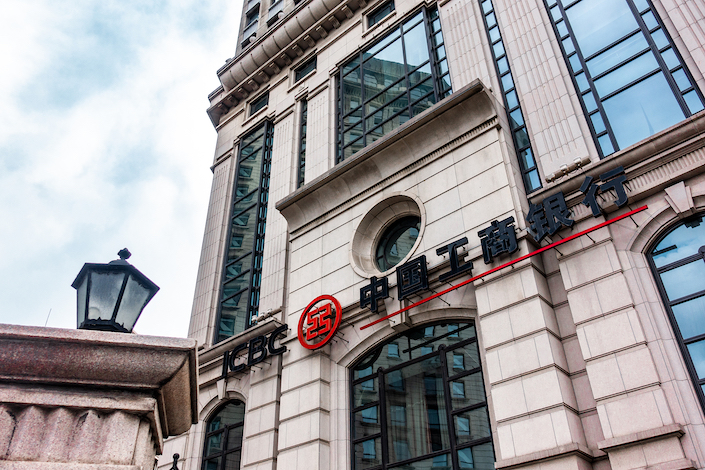 Two senior ICBC executives have been placed under investigation since June. Photo: VCG

The graft probe of two former senior executives of the Industrial and Commercial Bank of China Ltd. (ICBC) is most likely linked to the investigation of former securities chief Liu Shiyu, sources close to the matter told Caixin.

Neither the bank, China’s biggest state-owned commercial lender, nor the anti-graft agency has released details on the cases. But separate sources told Caixin that Gu and Lü are being investigated for arranging illicit wealth management investment deals involving an affiliate of Liu Shiyu, the former chairman of the China Securities Regulatory Commission. The sources declined to be named as the discussions were private.

Liu served as China’s top securities regulator between February 2016 and January 2019. He turned himself in after coming under investigation for alleged corruption, the Central Commission for Discipline Inspection (CCDI) said in May.

Liu, who was named deputy party secretary of the All-China Federation of Supply and Marketing Cooperatives (China Co-Op) in January, was assisting the CCDI’s probe after turning himself in, the CCDI said in a statement. No official information about Liu’s case has been released.

Separate sources told Caixin that investigators have targeted several affiliates of Liu for suspicious business dealings, including one surnamed He. This person has close connections with a number of senior financial executives, including ICBC’s Gu, sources said. He’s business activities partly triggered the investigation of Liu, sources said.

Investigators are looking into suspicious wealth management investments provided by ICBC Shanghai to He with high yields, the sources said.

A Shanghai-based real estate and trading company, Oriental Huafa Enterprise Development Co. Ltd., came onto investigators’ radar for allegedly illicit deals with ICBC Shanghai, Caixin learned. According to business registration documents, Oriental Huafa is 97% owned by an individual named He Minhua, who is also the company’s legal representative. Oriental Huafa was set up in 2006 with 300 million yuan ($44 million) of registered capital.

On June 6 CCDI announced the investigation of Gu for "suspected serious disciplinary violations," a phrase that often refers to corruption.

Days after Gu’s investigation became public, Fu Jie, head of the Shandong branch of ICBC, was named to assume Gu’s duties as the Shanghai branch chief.

Then in early July, Caixin learned from sources that Lü, a deputy head of the Shanghai branch, was also put under investigation. A person close to the matter told Caixin at the time that regulators found Lü was involved in fundraising and buying wealth management products in violation of regulations.

Several ICBC sources told Caixin that Lü was a close subordinate of Gu.