By Lin Jinbing and Wu Yujian 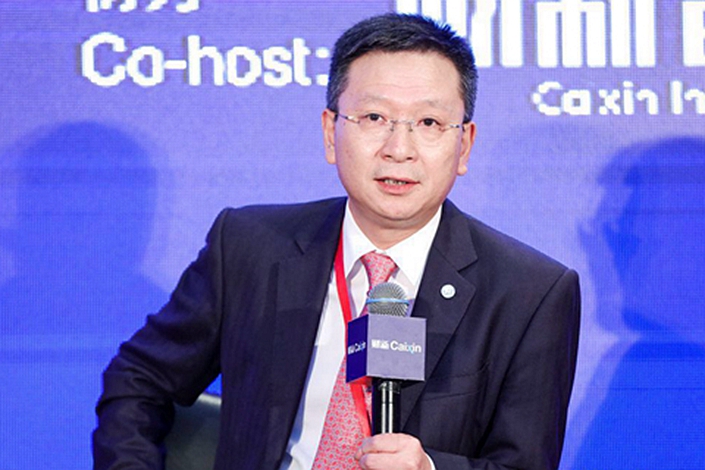 China’s largest private financial company has appointed a new president for the first time in more than eight years, marking its most crucial personnel change of the period.

Hong Kong- and Shanghai-listed Ping An Insurance (Group) Co. of China Ltd. promoted Senior Vice President Xie Yonglin to president at a board meeting on Thursday, according to its filings to the Hong Kong and Shanghai stock exchanges.

Xie will officially replace Ren Huichuan upon approval from the country’s top insurance regulator, the China Banking and Insurance Regulatory Commission, the conglomerate said in the filings, adding that Ren has been appointed its vice chairman.

“The appointment of Mr. Xie (a Co-CEO of the Company) as the President, can effectively resolve the problem of the overlapping duties of the President and the Co-CEO,” Ping An said.

Xie, 51, has worked at Ping An for more than 25 years, holding multiple positions there as well as at its insurance, banking and securities subsidiaries. In 1994, he joined the company at the age of 26. Nineteen years later, he became president and CEO of Ping An Securities Co. Ltd., and got promoted to be the securities unit’s chairman a year later. In 2016, he assumed new roles as chairman (link in Chinese) of Shenzhen-listed Ping An Bank Co. Ltd., and a senior vice president of the group.

In December, Ping An appointed Xie, as well as then-deputy CEOs Lee Yuansiong and Tan Sin Yin, as co-CEOs. Xie has since been in charge of the financial business of corporate clients.

Ren, 50, replaced Cheung Chi Yan Louis as Ping An’s president in March 2011. Ren has served at the company for around 27 years, assuming multiple roles in the group as well as its insurance and trust units.

Founded by Ma Mingzhe in Shenzhen in 1988, Ping An has grown into an insurance-banking-investment conglomerate through years of expansion. At the end of September, it possessed 7.8 trillion yuan ($1.1 trillion) in total assets, its latest financial report shows.

Ping An has been China’s biggest privately owned financial conglomerate for years. Of all the Chinese financial companies on the latest Fortune Global 500 list, it ranks second with revenues of $163.6 billion, after state-owned banking titan Industrial and Commercial Bank of China Ltd. In 2013, Ping An became one of the nine globally systemically important insurers identified by the Financial Stability Board, an international body that monitors the world’s financial system.

Ping An has emerged as the biggest shareholder in European banking giant HSBC Holdings Plc, holding 7.01% as of November, according to HSBC’s 2019 first-half financial report.