Opinion: Eight Thoughts on Stopping Emergency From Turning Into Disaster 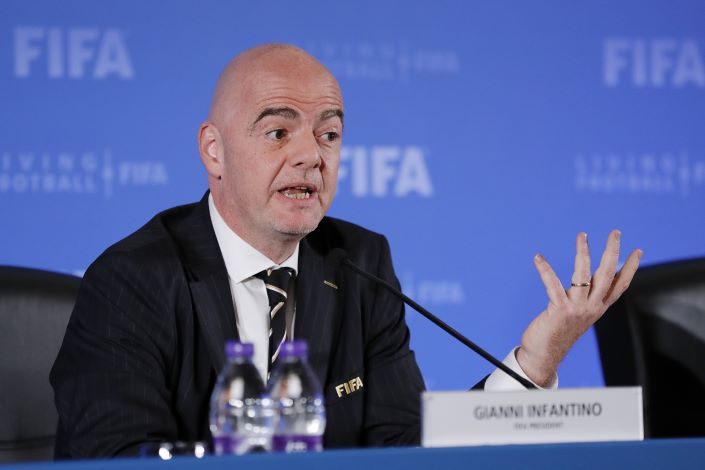 FIFA, world soccer’s governing body, on Thursday awarded China the right to host the first edition of an expanded Club World Cup in 2021, in a move that experts say could pave the way for the country to host world soccer’s showpiece international tournament in the coming years.

The tournament, which currently features seven club teams drawn from six continental confederations in a straight knockout format, will be revamped to include 24 teams in a yet-to-be-decided participation model.

The decision has been construed in sports circles as a trial run for a potential China-hosted FIFA World Cup — the soccer world’s showpiece international event — sometime in the 2030s.

“The new FIFA World Cup for clubs will be a competition which every person who loves football looks forward to,” FIFA President Gianni Infantino said in an announcement of the decision. “It is the first real and true world cup for the best teams and clubs in the world.”

However, certain rights groups condemned the decision to award the competition to a country suspected of multiple rights violations, including against some of its ethnic minorities, something the Chinese government has consistently denied.

Related: In Depth: What China’s Naturalized Athletes Reveal About Its Immigration Policy