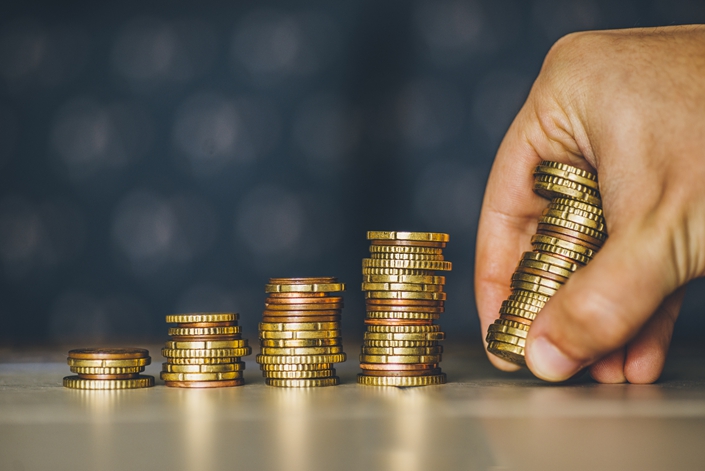 Nanjing Construction Industrial is trying to put together a debt restructuring plan, but a source said any investors and market participants are not optimistic about the prospects for the plan. Photo: VCG

Investors in an 800 million-yuan five-year bond issued in October 2016 had an option to sell the debt back to the company on the third anniversary (link in Chinese) of the sale. As a result of some holders exercising their right, the company was obliged to repay 150 million yuan on Oct. 24, according to a stock exchange filing (link in Chinese) made in September. On top of that, the engineering-to-housing conglomerate owed 45.7 million yuan in interest payments on the bond which it also failed to pay, sources told Caixin. The company has yet to make a formal announcement to the stock exchange.

The number and value of bond defaults in China have dropped this year, according to government data, as the central bank has eased its grip on liquidity as the economy has slowed and banks have been encouraged to be more tolerant of companies’ financial difficulties, especially those in the private sector.

In the first half of this year, the value of bonds in default dropped to 44.2 billion yuan, a 46% drop compared with the second half of last year, Pan Gongsheng, a deputy governor of the People’s Bank of China told Caixin in August. Of the 32 companies that defaulted in the first half, 10 had done so before, a sign that emerging risks were much smaller than they may have seemed, he said.

But the tally seems to have risen in the second half, with data compiled by Bloomberg showing that as of mid-October, the number of companies that have defaulted on their bonds this year had risen to 45 compared with 40 over the same period last year. Missed payments totalled 102.9 billion yuan compared with 120 billion for the whole of 2018.

Problems first emerged at Nanjing Construction Industrial, previously known as Nanjing Fullshare Holding Group Co. Ltd. at the end of 2018. The company, which is controlled by local businessman Ji Changrong, warned that it might not be able to pay back a total of 1.3 billion yuan worth of trust and loan products, which in turn would trigger defaults on 4.5 billion yuan worth of bonds.

The company survived that crisis after the Nanjing government coughed up money it owed the company for work it had carried out on previous projects, allowing the group to repay its loans.

But while Nanjing Construction Industrial managed to ward off that crisis, another was soon looming when it couldn’t come up with the money to repay the principal and interest on a 2 billion yuan privately placed “green” bond after all investors exercised their put option to sell their bonds back to the company early.

When companies get into severe financial difficulties, it’s standard practice for local governments and the local financial regulators to coordinate with creditors to set up a committee to try and resolve the debt problems. A committee has been set up to deal with Nanjing Construction Industrial and comprises of representatives from 18 financial institutions who are owed a combined 45.1 billion yuan.

The first meeting was held in August attended by 61 financial institutions who have claims of 61.8 billion yuan over the company, according to minutes of the meeting seen by Caixin.

Nanjing Construction Industrial is trying to put together a debt restructuring plan for creditors but one source close to the matter told Caixin that many investors and market participants are not optimistic about the prospects for the plan.