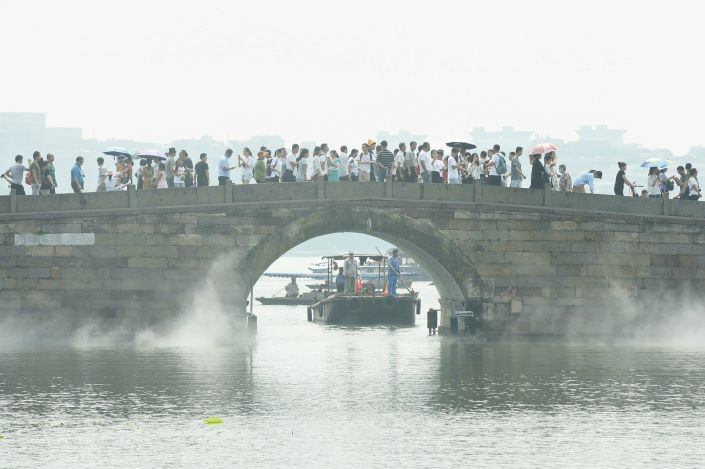 Move over, Beijing, Shanghai, and Guangzhou. Those older megacities that traditionally attracted many of China’s best and brightest are losing some of their attraction for technology workers, who increasingly prefer a generation of “new first-tier cities” that offer higher salaries, a new survey showed.

According to the survey released on Thursday by recruitment app Boss Zhipin, 15 such “new first-tier cities” offered technology professionals an average monthly salary of 12,153 yuan ($1,719), up 6.6% year on year, in the first three quarters of 2019.

Of those 15, the picturesque city of Hangzhou, about 200 kilometers from Shanghai and home to e-commerce giant Alibaba, needs technology experts most urgently. The number of technology-related job vacancies accounted for 16.8% of all job opportunities in the city, the survey showed.

The term “new first-tier cities” was created by local media six years ago when 15 cities, including Hangzhou and Nanjing, were recognized with the designation, based on five assessment criteria.

The survey also said that artificial intelligence-related jobs in the “new first-tier cities” paid the highest salaries in the first three quarters of this year, hitting the 20,000 yuan mark on average, as the central government threw its strong support behind the area.

Following the broader government call to support technological development, a dozen major cities in China including Hangzhou, Wuhan and Xi’an, have joined a fierce race for talent by offering a wide range of incentives over the last two years.