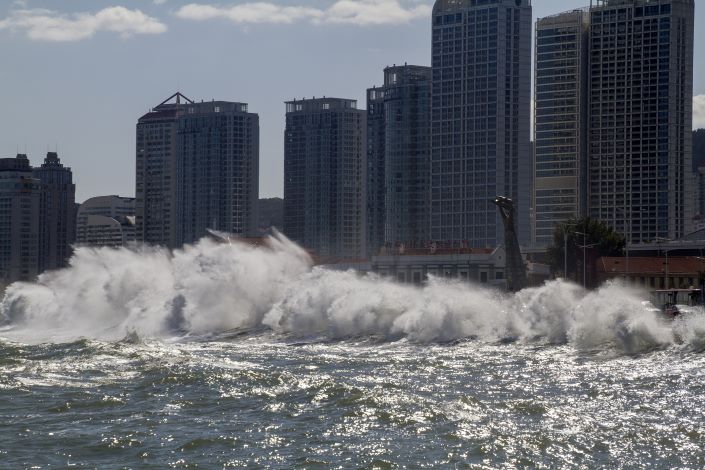 Researchers at the New Jersey-based organization Climate Central used a new and more accurate method of determining land elevation and concluded that by midcentury, “land now home to 93 million people (in China) could be lower than the height of the local average coastal flood.” Previous studies based on less-accurate land elevation readings put that figure at approximately 29 million people.

The paper was published Tuesday in the British peer-reviewed journal Nature Communications. The authors’ projections do not factor in future population rises or land lost to coastal erosion.

Researchers looked at predicted sea level rises worldwide and concluded that the greatest effects will be felt in Asia, with people in China most at risk. Three decades from now, central Shanghai — by some estimates the country’s most populous city — would be vulnerable to inundation by ocean flooding without the construction of new coastal defenses.

The same goes both for the northern Chinese municipality of Tianjin, which serves as the main seaport for Beijing, and for the Pearl River Delta region, a densely populated cluster of cities that serves as a key industrial base.