Caixin Summit: Dealing With Stablecoins Is Like Handling a Monster, Official Says 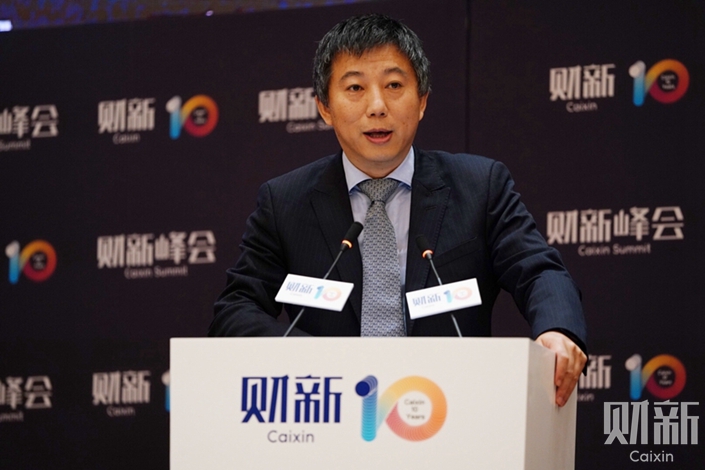 As Facebook’s proposed Libra cryptocurrency continues to worry policymakers and watchdogs around the world, a Chinese central bank official said that “global stablecoins” will require a proper framework before being rolled out.

“It’s better not to roll out global stablecoins before issues of legal and regulatory frameworks as well as risk control are addressed,” Mu Changchun, head the People’s Bank of China’s (PBOC’s) Digital Currency Research Institute, said Sunday at the 10th Caixin Summit.

Unlike other cryptocurrencies, which fluctuate over time and can be volatile, stablecoins are pegged to a relatively stable asset such as the U.S. dollar and are therefore seen as more reliable stores of value. According to a white paper released earlier this year, Facebook plans to tie Libra to a basket of major currencies with low volatility.

Stablecoin initiatives built on an existing customer base may have the potential to scale rapidly to achieve a global footprint, according to an October report published by a G-7 working group and Bank for International Settlements (BIS) — a global financial institution that serves as a sort of central bank for central banks.

These are potential global stablecoins, the report said. It noted that they could have “significant adverse effects,” both domestically and internationally, on the transmission of monetary policy as well as financial stability.

Global stablecoins could also lead to currency substitution and could pose challenges to monetary sovereignty, the G-7 and BIS report said.

Mu said that China’s currency needs to maintain or improve its standing among international currencies in order to face the potential challenges that global stablecoins could bring about. Otherwise, its position could be eroded just like how other weaker currencies could struggle, he added.

Zhou Xiaochuan, a former PBOC governor, said Friday that digital currencies have the potential to inflict shocks on the existing global financial infrastructure.

Most digital currencies were initially designed to address weaknesses in global financial infrastructure, in a bid to improve efficiency and reduce obstacles through new technology, especially in cross-border payments, Zhou said. But they have also triggered debate about how they should be managed and what role central banks should play, he added.

At present, the development of global stablecoins is still at an early stage, and there’s yet not a fixed design framework, Mu said, citing his interactions with the Libra team. He said that it’s not now possible to tell if current laws or regulatory frameworks will be able to regulate global stablecoins.

Mu said that at present dealing these cryptocurrencies is like handling a monster. “The person who holds the leash of the monster isn’t clear or doesn’t want to make it clear what exactly the monster is,” said Mu.

“So we need to ‘dismantle’ the monster with the same rules or regulations, but we also need to strike a balance between financial regulation and innovation protection,” said Mu. “We need to be aware that we don’t kill the monster while dealing with it, or unleash it out to hurt people.”

In terms of regulatory frameworks, global stablecoins should be defined according to their different functions, according to Mu. For example, as a whole, they could be regulated as a payment system, while their issuance, trusteeship and transactions could respectively fall under regulations for a deposit institution, an exchange-traded fund and a money market fund.